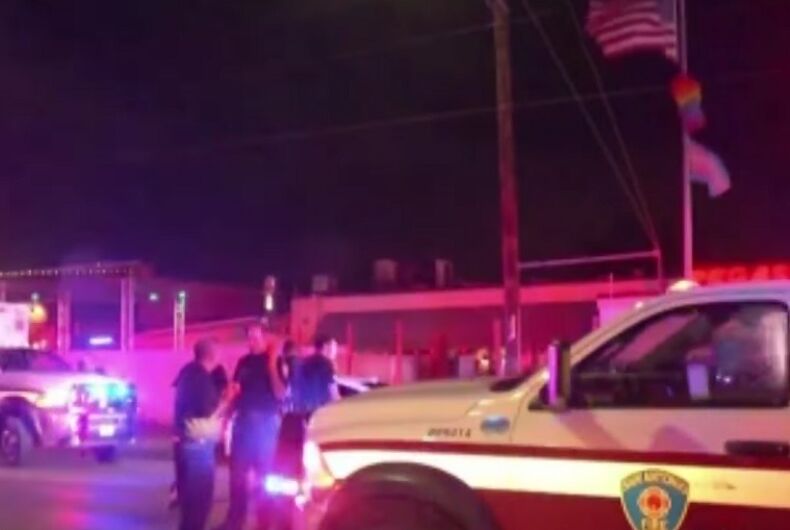 Three people were shot outside the Pegasus bar in the San Antonio gay neighborhood, an assault that the manager of the Pegasus allegedly started with a racial slur.

According to a report by KSAT-TV, a number of people were buying tacos at a taco stand outside the bar at North Main Street and Evergreen, when one man was called by a racial slur. That slur escalated into gunfire, with the manager reporting roughly eight rounds fired in the direction of the club.

Three people were struck by bullets, including two men and won woman, each in their 20s. All are in the hospital and are expected to recover.

Police seem to feel, in spite of the statement from the manager, that the shooting was not a hate crime, but was caused by an “angry patron who probably had too much to drink and was kicked out of the club.”

The shooter, identified as a male in his 40s, was removed from the bar around 12:30 a.m., but returned shortly after and opened fire.

None of the victims were part of the initial argument at the taco stand, and there doesn’t seem to be any connection between them and the shooter, who remains at large.