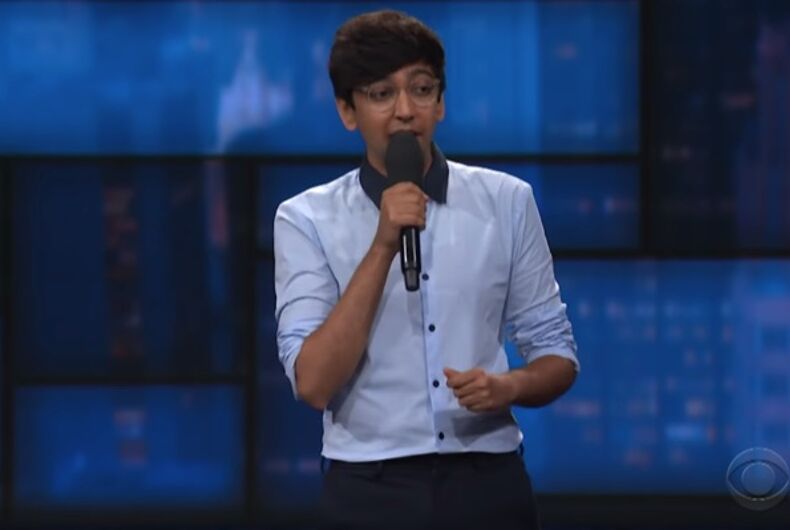 Nik Dodani on the Late Show with Stephen ColbertPhoto: Screenshot

If you caught the first episode of the Murphy Brown reboot, you doubtlessly noticed Nik Dodani. The out Indian comic completely stole the scene.

As the gang gets back together, new characters were introduced and Dodani made his entrance as the new IT and social media guru.

Dodani appeared on The Late Show with Stephen Colbert last week and slayed the audience with jokes about being gay and Indian and how the two connect. (Hint, Indian culture is really gay.)

Watch the clip below and laugh along. Keep an eye on Dodani as the show progresses. He’s definitely the breakout for the rebooted series.

Trump administration will deny visas to same-sex partners of diplomats