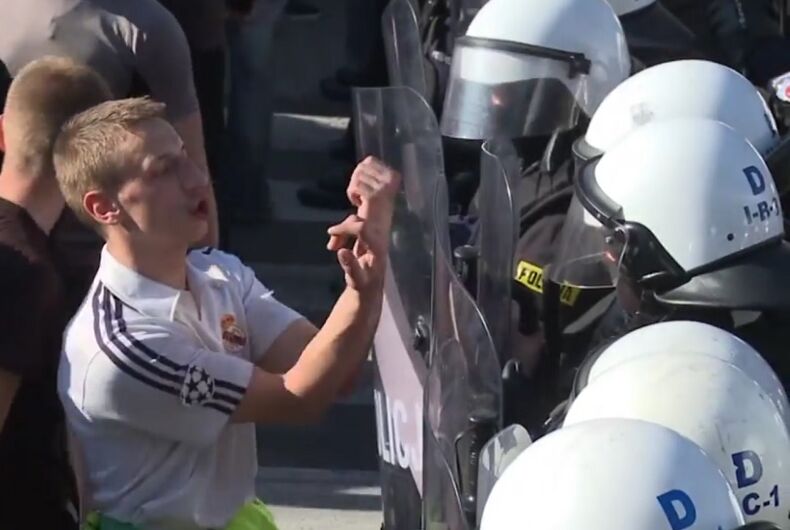 The first pride parade in Lublin, Poland, faced violence from counter-protesters until police used tear gas and water cannons to force them away.

Lublin is a city of around 350,000 in eastern Poland. Around 1500 people showed up to the Equality March this past Saturday.

Police estimate that around 200 counter-protesters came as well, throwing stones and bottles and lighting fires.

“We have arrested several people but I am sure that number will increase,” said a spokesperson for the Lublin police.

“During the gathering we provided security for the participants despite the numerous illegal actions of their opponents.”

Police say that two officers were injured by the counter-protesters.

Several days ago, the mayor of Lublin banned the march, citing “security concerns.” Local reports said that the regional governor opposed the pride parade because it promoted “sexual behavior incompatible with nature” and “pedophilia.”

The ban was overturned by a court of appeals last week.