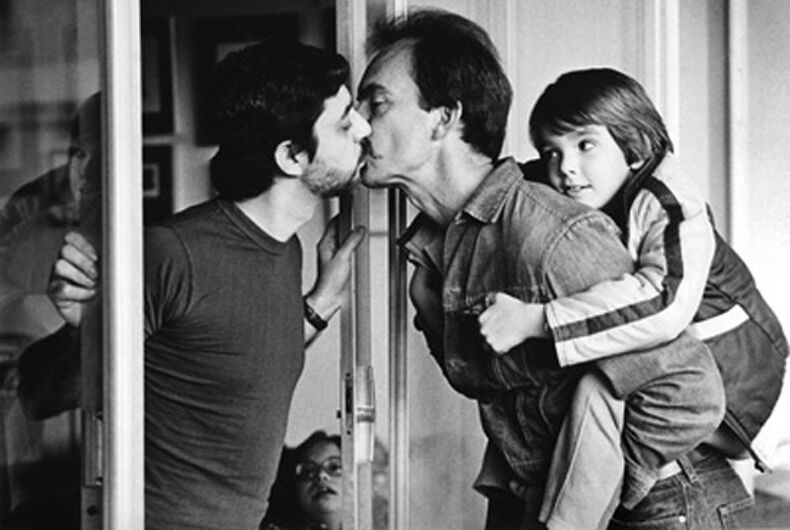 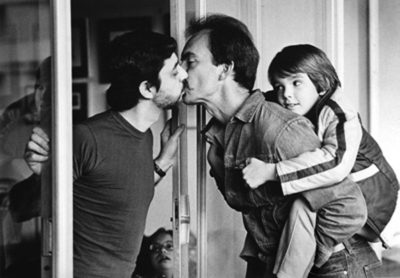 This photo was part of a Life magazine story titled “The Double Closet,” published in May of 1983. It showed some of the first sympathetic images of LGBTQ parenting in a mass market publication.

The photographer, J. Ross Baughman, was a Pulitzer Prize winning photojournalist who had worked on several large projects, including a photo series on the Rhodesian government, an investigative series called “Nazis in America” in 1977, and several other features for Newsweek, Life, the Associated Press, and others.

The piece was co-written with Anne Fadiman, an essayist and reporter probably best known for the book The Spirit Catches You and You Fall Down: A Hmong Child, Her American Doctors, and the Collision of Two Cultures.

The news you care about, reported on by the people who care about you.
LGBTQ History
J. Ross Baughman, The Double Closet

30 years ago, they stormed the FDA & seized control. So where are they now?