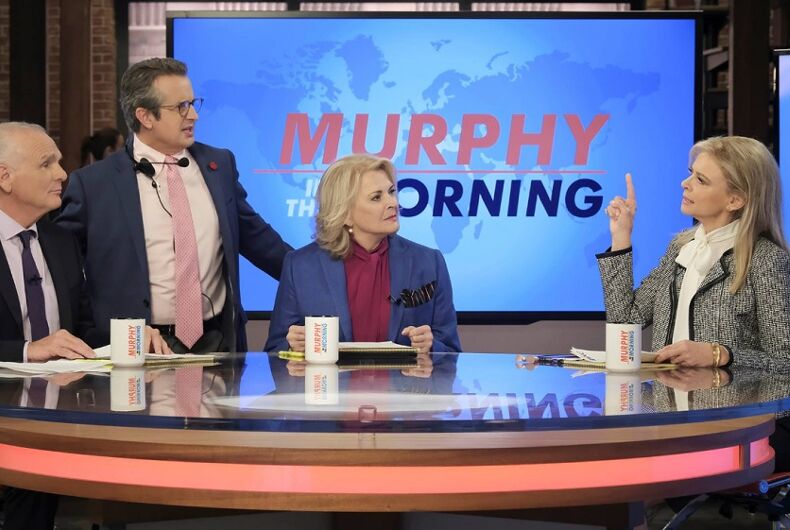 Nielsen Media Research has expanded reporting, including same-gender couples in their reporting. This has helped the long-time ratings analysts to reveal what shows are tops for LGBTQ households for the first time.

Topping their list for premiere week beginning on the 24th of September is the revival of Murphy Brown. Roughly 340,000 people – 13.67% of same-gender couples in total – watched the premiere of the show on CBS.

Also peaking on the list is Manifest on NBC, and the American Horror Story franchise on FX. These took in 11.72% and 9.56% of the audience, respectively.

Many other shows in the top 20 among same-gender households include The Big Bang Theory, Modern Family, and the Rachel Maddow Show.

One that did not crack the top twenty may surprise: the revival of Will & Grace could not even beat out Law And Order: SVU in the rankings.

Announced in a press release on the 25th, Nielsen is working with the LGBTQ media monitoring organization, GLAAD, “to determine the best approaches for reflecting LGBTQ inclusion and representation in its industry-leading panels, including evaluating recruiting and classification techniques that help better identify same-gender spouses and unmarried partner households to participate in Nielsen’s nationally representative panel.”

Sarah Kate Ellis, President & CEO of GLAAD, applauded the move, noting that, “we are at the highest levels ever reported for LGBTQ inclusion on television, and it’s important that we know American audiences are connecting with these characters and shows.”

Nielsen is hoping its new data will allow for a greater understanding of the viewing habits of same-gender households.

“This is especially critical as the media marketplace continues to evolve and marketers look to expand the reach and relevance of their campaigns.”