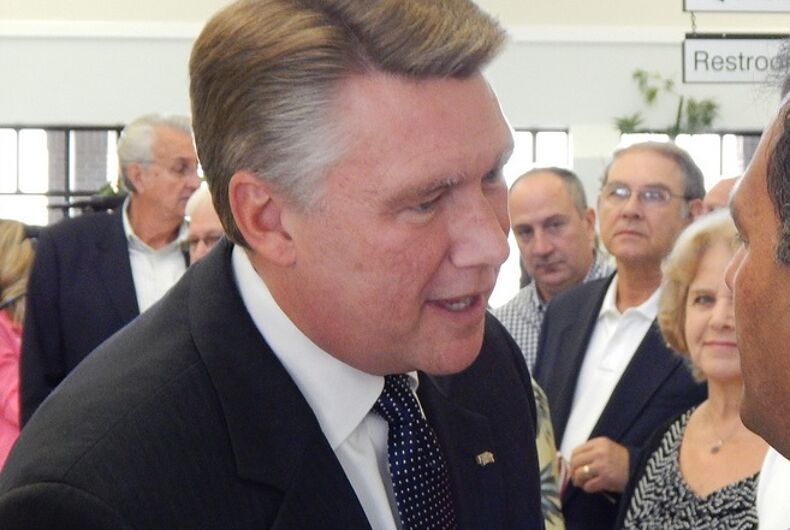 Karen Pence, the wife of Mike Pence, is campaigning on behalf of one of the most anti-LGBTQ Republicans in the country.

Mark Harris is a pastor who found himself in the big leagues earlier this year when he won the Republican primary for North Carolina’s 9th Congressional District in an upset.

His colorful past has created scandal after scandal. Most recently, Democrats have been hammering him about saying on multiple occasions that women should fully submit to their husbands.

He stressed “that a wife submitting to her husband does not mean that they are not equal.” He did not explain how two people can be equal if one is submitting to the other.

So Karen Pence was brought to North Carolina as a guest of the Women for Mark Harris Bus Tour.

“I’m here because this race is so important,” she said at the rally. “The road to the majority leads right through North Carolina. This seat, this race, it is critical to keeping the majority in Congress.”

Earlier this year, video of Harris longing for the days when homosexuality was criminalized was uncovered.

“We have watched in one generation where homosexuality was once criminalized to now we see the criminalization of Christianity,” he said at a 2015 event, where he decried how the U.S. is “floundering in moral decay.”

He has also said that the “homosexual lifestyle” is “a choice.”