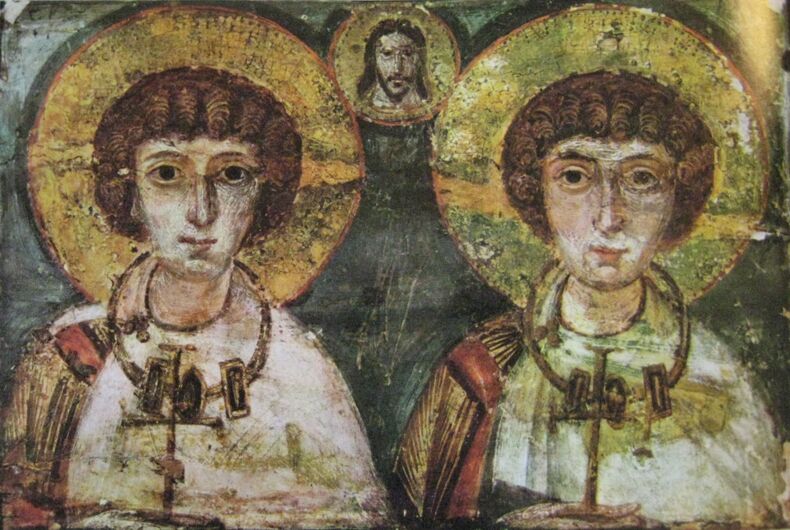 Sergius and Bacchus were a pair of fourth century Roman Christian soldiers and martyrs who were heavily venerated in the early church. Churches to the pair were dedicated throughout the Byzantine Empire — some of which, like Little Hagia Sophia in Istanbul, Turkey — exist today.

Of course, many reported of their close friendship, placing them even above Saints Peter and Paul — but some thing that extended beyond friendship.

In Same-Sex Unions in Premodern Europe by John Boswell, he notes that the oldest text on the pairs martyrdom refers to them as “erastai,” a word that can indeed be translated to be “lovers,” and that the duo even share a rite called “adelphopoiesis” that could be seen as an early Christian same-sex union.

A gay Trump supporter went viral after he had a racist hissy fit in a Lyft. Now he’s out of a job.

A conservative writer attacked ‘gender theory.’ He only exposed his ignorance.