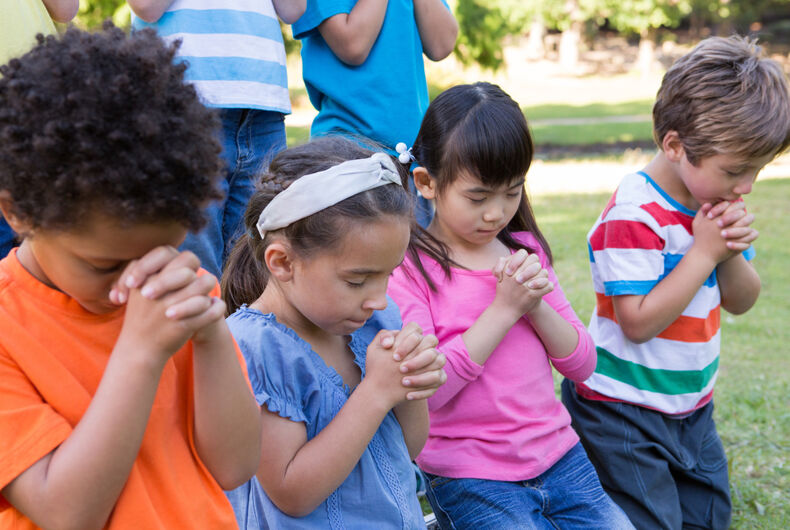 The Family Research Council has been designated an anti-LGBTQ hate group – and there’s a good reason.

While the organization is best known for its vociferous opposition to abortion and LGBTQ rights, they’ve made considerable inroads into the Trump administration thanks to their ties to Vice President Mike Pence.

Tony Perkins, the group’s leader, is one of our adulterous and immoral president’s biggest supporters. Under his leadership, the group has become explicitly political and is frequently involved in Republican policy making.

In a “prayer of the day” email sent to supporters, today Perkins asks his followers to plead with God for the right to harm LGBT children. And elect far right Republicans.

More and more communities and states around the nation are banning the dangerous practice of “ex-gay” or “conversion therapy” that attempts to “fix” LGBTQ children and adults. It has been widely condemned by pediatric and psychiatric groups as a fraudulent treatment without any scientific support.

Many LGBTQ people who were sent to conversion therapy as children or teenagers have struggled with suicidal thoughts and massive guilt when they weren’t able to change their sexual orientation through prayer or other quack rituals.

“We must resist politicians who advocate for adults and/or children to be prohibited from seeking psychological and spiritual help when they suffer from unwanted same-sex attraction or gender confusion,” Perkins told his flock. “Such are combatants on the front lines of the culture of death.”

“We must support true advocates of the family who will boldly oppose every initiative across America that fosters sexual revolution, undermines God’s laws pertaining to marriage, and undermines parents’ authority to guide and educate their children according to their faith.”

“God, as we draw near Election Day, please guide all Americans, but especially your people, to vote for men and women who will lead our cities, counties, states, and nation in a way that is pleasing to you and that will bring blessing to Your people, our nation, and all the nations,” Perkins continues.

“May we be found worthy for you to raise up godly men and women who will honor you in public office, and to prevent those who will disregard you and your laws from gaining power in any level of government.”

Anglican church is set to ban pro-LGBTQ speech (& yoga!) on its property