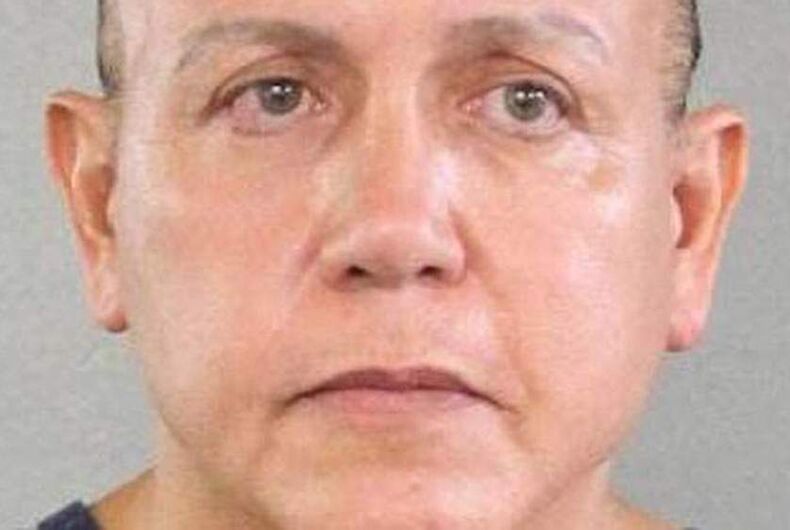 Cesar A. Sayoc, the 56-year-old Florida man arrested in suspicion of sending mail bombs to high-profile Democratic politicians and progressive supporters, apparently has a Twitter account from which he posted various conspiracy theories, racist images and tweets that show his twisted approach to LGBTQ issues.

Surprisingly, he also once worked for a touring company of male strippers.

Sayoc is a registered Republican whose van is covered in stickers supporting Trump and declaring that “CNN Sucks.” According to CNN, “A 2012 bankruptcy filing in Florida indicates that Sayoc ‘lives with his mom, owns no furniture.’”

CNN also reports that Sayoc got arrested in 2002 for threatening via phone to bomb the Florida Power and Light Company if they turned off his electricity, saying his bombing “would be worse than September 11th,” the 2001 terrorist attacks that killed 2,996 people.

Sayoc’s Twitter account, @hardrock2016, (which has since been deleted) shows him to be a regular viewer of Fox News who had a habit of posting the same images and videos clips in rapid succession without any accompanying text written by him. His repeated sharing of the same images were perhaps to increase the likelihood they’ll be seen (though very few received any likes, replies or retweets).

His Twitter also has numerous racist images including images depicting Maxine waters as a blinged-out pimp. He also posted a handful of images of Trump “helping” black people, presumably to challenge claims of racism against the president. 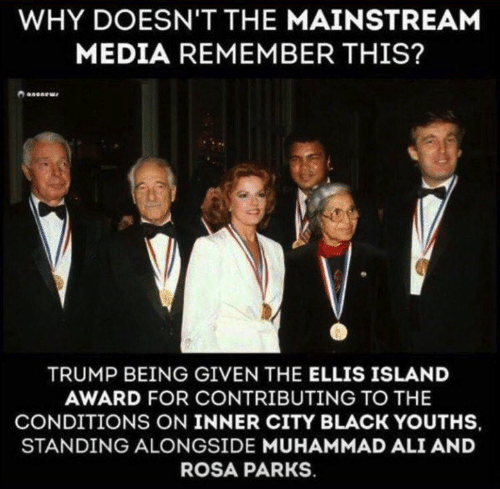 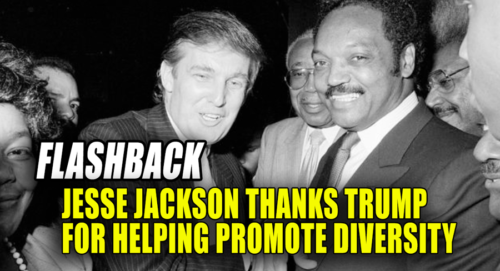 Then there are his tweeted images that allude to LGBTQ issues.

While his four LGBTQ-related tweets might seem contradictorily supportive of LGBTQ rights and yet opposed to their overreach, they reveal themselves to follow a homonationalist logic that’s simultaneously transphobic, Islamophobic, racist and discriminatory.

Homonationalism, for those who don’t know, is when someone claims solidarity with the LGBTQ community to justify racist and xenophobic policies, especially ones against other countries, immigrants, Muslims and people of color.

You can see this in nearly all of his LGBTQ posts. Let’s start with two of his seemingly supportive tweets to see how they in fact reinforce homonationalism.

In Russia it’s illegal to display the LGBT pride flag. So during the #WorldCup these 6 football fans have formed a hidden rainbow flag with their soccer jerseys, to protest Russia’s discriminatory laws in plain sight. #HiddenFlag ✊🏳️‍🌈 pic.twitter.com/I6uvYztGlR

Even though he retweeted an image of a subversive declaration of LGBTQ pride in notoriously anti-LGBTQ Russia, the statement can largely be seen as more anti-Russian rather than pro-LGBTQ. The fact that his page is filled with claims of Maxine Waters receiving funding from Russia shows his anti-Russian animus. 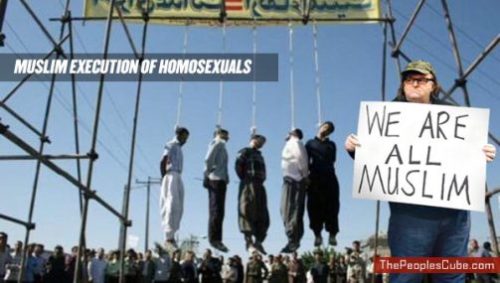 Sayoc opposes the execution of homosexuals by Islamic terrorists. But that suggests that he’s more anti-Islam than pro-gay, especially considering his numerous tweets about Democrats supporting ISIS and aiding Sharia law in America. 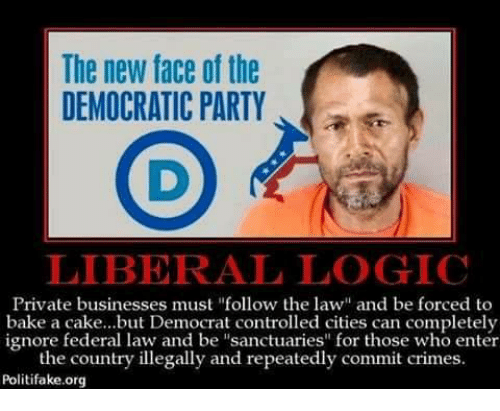 His “liberal logic” tweet conflates anti-discrimination laws requiring business to treat all customers equally and sanctuary cities that limit their cooperation with federal immigration enforcement. Basically what he’s saying is that businesses should be able to refuse service to LGBTQ people because some U.S. cities and counties don’t actively try to deport undocumented immigrants. 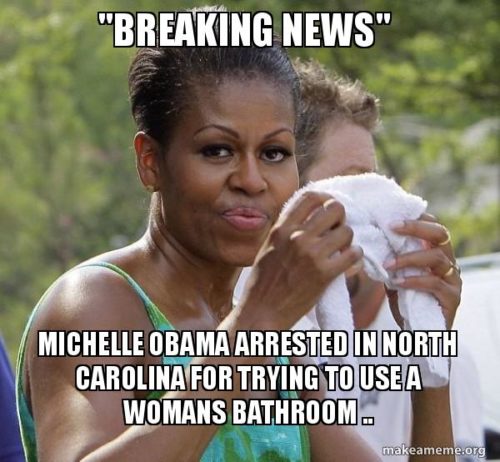 This last tweet is just straight up racist and transphobic. Implying that former First Lady Michelle Obama is just a man in a dress — a long-running transphobic idea that was repeated in North Carolina and elsewhere when debating public accommodation laws for trans people — follows a long history of accusing black women of being excessively masculine.

Related: A white supremacist plot to bomb a gay bar was foiled by a former pro wrestler

This idea is merely a way to “other” and dehumanize black women as somehow un-womanly and less deserving of respect.

There’s also his tweet showing Media Matters and other progressive organizations that champion LGBTQ rights as a shadowy conspiracy to control mainstream media: 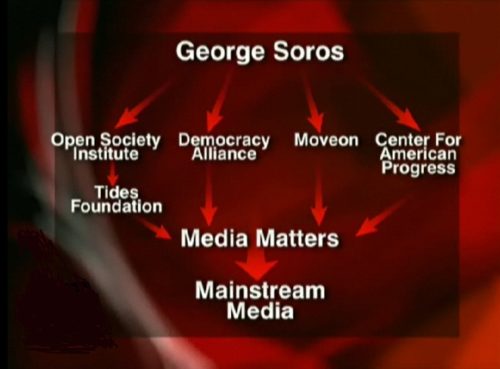 In short, given his excessive support of Trump and conspiracy theories, it shouldn’t really surprise us that he’s also a transphobic, Islamophobic homonationalist.

The funny twist is this: Sayoc apparently worked for Gold Productions, a touring company that was an illegal Chippendale’s knock-off — you know… the male stripper revue.

But the fact that he once worked around male strippers shouldn’t detract from the political overtones of his tweets. He’s no ally.

Hit the patch with these LGBTQ families for International Pumpkin Day