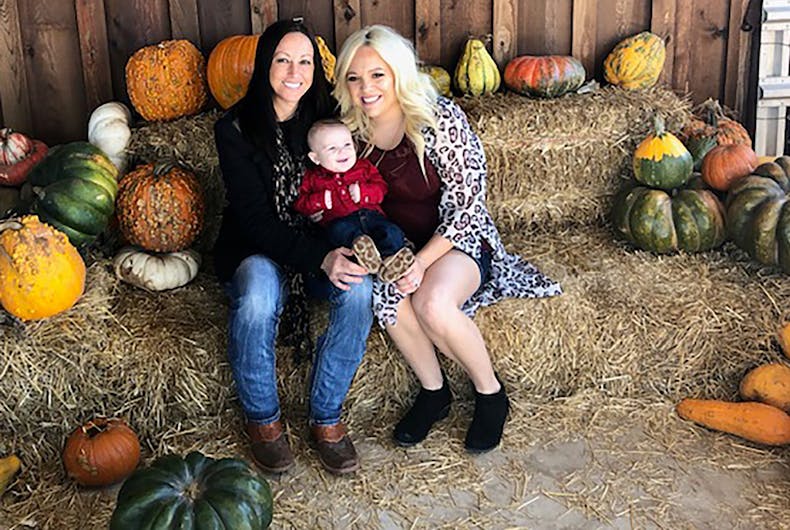 Bliss and Ashleigh Coulter with their young sonPhoto: Family photo

A lesbian couple has made medical history by carrying the same baby to term, together.

In most couples, only one person actually carries a child created in part due to a sperm donor. After a child is born, the child can be adopted. Ashleigh and Bliss Coulter, however, weren’t satisfied with this option.

The Coulters were tipped off about Dr. Cathy Doody. Doody is a fertility specialist with the C.A.R.E. Fertility Clinic, and came up with the method of using Effortless Reciprocal IVF to make this happen.

In a typical IVF case, the woman who donates the egg is also the woman who carries the baby. In the Coulter’s case, this was a little bit different.

In order to achieve this, one of Bliss’ eggs was harvested and fertilized in a lab using donated sperm. Once this was complete, they placed the egg into Bliss’ cervix to incubate and form an embryo.

The embryo was then removed and placed in Ashleigh’s uterus, who then carried the baby to term.

In June, Baby Stetson was born.

The Coulters are very happy with their new family, and find that their baby truly does carry a little bit of both of them.

“We worried that he wouldn’t connect to me because he has (Bliss’) DNA,” Ashleigh told the New York Post. “Now that he’s here, he’s attached to my hip. Everything I was worried about went away.”

Surprisingly, the process ended up working out cheaper than the average IVF pregnancy, because the embryo was incubated in Bliss rather than in a lab. Typically, the procedure can cost $30,000, but the procedure for the Coulters worked out to be less than half that.

The couple did not focus on how groundbreaking this work was during the pregnancy, and has only come out about it after the fact, to help other potential parent know it is an option.

“When we found out we were pregnant, we were more focused on the fact that [we were going to be mothers],” Ashleigh said. “It didn’t cross our minds that we had done something that no one else had done before.”

Did Land O’Lakes’ lesbian CEO stop the company’s support for a neo-Nazi Congressman?