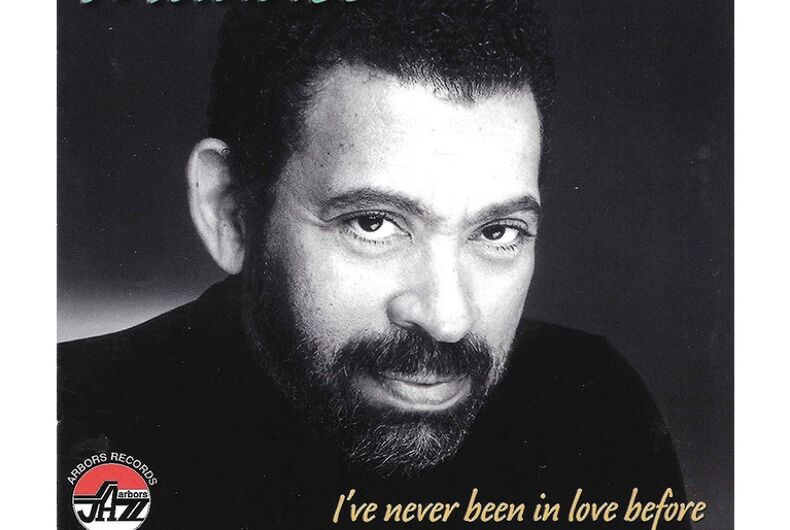 Out dancer, performer, choreographer and actor Maurice Hines has been in show business since he was five-years-old, which means almost 70 years in the game.

A New York City native, Hines has seen and experienced a great deal of art and history in his time, first performing alongside his brother, the legendary Gregory Hines, and then later on television and theaters across the country and Europe as part of Hines, Hines & Dad.

He continued his success into adulthood making his big screen debut in Francis Ford Coppola’s “The Cotton Club,” as well as directing and choreographing musicals like Uptown… It’s Hot! and national tours of Satchmo and Harlem Suite among other.

He has also recorded a couple of critically acclaimed jazz albums, Maurice: I’ve Never Been In Love Before and To Nat ‘King’ Cole With Love.

So, for LGBTQ History Month, we reached out to the acclaimed and accomplished performer to talk about his journey as an artist, his perspective on life and the fascinating things he has seen and done along the way.

Larry Nichols: Did being immersed in show business affect your world view and what you were exposed to at an early age?

We were very lucky to get teachers that were like that. Henry LeTang what the one that discovered us and gave us an act to put together and got us to the Apollo Theater at a very young age, I think at 9 and 11 was the first time we worked there with Dinah Washington. So by that time we just loved doing it.

I asked my mother before she passed. She said “There was something about it. You and Gregory loved doing it right away. You even loved the learning process even though it was more difficult for you.”

Gregory used to get things quicker than me. He would teach me and then he would forget the steps and then I’d remember them and I would teach him. So we loved it from the beginning.

That’s what I really remember about the early years, how fun it was. And it still is, maybe because it was fun right from the beginning.

LN: You started in tap but then progressed into singing, choreography and acting. Was that a natural evolution for you or was it something performers of that era had to do to stay competitive?

MH: We had to do everything. The main focus at the time, we started as tap dancers.

Then we saw Sammy Davis, Jr. at the Apollo and he sang. We used to sing around the house to records and stuff but then people realized we could really sing. We really could do it.

Then we became more versatile. But it was Sammy Davis, Jr. that really inspired us because he did everything and we saw him at the Apollo where all the African American stars played a lot.

There was new show every week and we’d go and see these great performers. We were inspired by the Lena Hornes and the Eartha Kitts and Ella Fitzgeralds. They all played the Apollo. We saw the greatest of the great so we all wanted to do that. Everybody could do everything. Gregory and I never took any acting lessons.

Gregory certainly did more acting than I did. There are just people who can do it. Gregory had a natural gift for it. We just wanted to do everything.

We didn’t like the business end of it but we loved that actual performing. To get to the performing was the more difficult part and not a nice part, and it still isn’t. It’s rougher now than it ever was.

I evolved into choreography because we had a choreographer when we were the Hines Kids, and then we became Hines, Hines & Dad. The first time I choreographed something we were going to work the Americana Hotel, they had a nightclub in the Royal Box, and we wanted to do something different. We added two girls and we wanted to do a modern dance section. Our choreographer couldn’t do it so Gregory said to me ‘Maurice, you’ve been studying jazz, you do it.’ And I did. And I was good at it.

LN: You mentioned Sammy Davis Jr., a performer who broke down a lot of social and cultural barriers. Do you think you and your brother were at the forefront of helping to break those barriers or did you follow in the path Sammy helped to create?

MH: We walked through the doors he helped to break down. There’s no doubt about it. He suffered a lot. A lot of people don’t know how much he suffered breaking those doors down, we knew because we knew him. A lot of those artists did that. Lena Horne did that. Ella Fitzgerald did that.

We had the great honor of knowing both of those ladies. We owe everything to them. It’s sad that the kids these days really don’t know [what they did], and when you talk to them they don’t really have any interest to.

There are a lot of dancers even now who don’t know what Katherine Dunham did in the concert dance world, when we were told we couldn’t do concert dance. We were just boogie woogie dances and the slings and arrows that she had to go through. In the school that I’m going to be running all that dance history will be there.

We loved dance because we were so young and we were experiencing those first signs of racism. And in dance it was very clear to us even though nobody had to tell us that dancers had no racism. All they cared about is if you can dance.

We weren’t exposed to a lot of racism until later. Ballerinas say “I don’t care if he’s Black, White, Hispanic or Asian…can he partner? Can he throw me in the air? Can he catch me?

That’s what dancers are about. That’s why I loved living in that world.

LN: That was also an era where peoples’ sexuality wasn’t talked about in the media or publicly. Behind the scenes, what that something that was known or did people not bring their sexuality up among their peers?

MH: No, no, no, no. There were no closets. I haven’t talked about it so much.

I remember we worked in Miami with Cab Calloway. I was so young and quite a few of the chorus boys were gay. And my mother and father never had any stigma about it at all. And that’s the first time that I realized I was gay but I didn’t have a word for it. And because we lived in a world of total acceptance, I never had a word for it.

I was Maurice. I wasn’t doing anything with anybody but I was discovering myself. My mother and father never said “Don’t do this” or “Don’t act that way.” There was never any of that. They accepted me for who I was and they always did.

And my brother to. And we were around people that were so open about everything. There was no stigma about anything. It was a great life. I’ve had a great, great life with fantastic people who nurtured me to be the man I am today.

I’m so grateful for that life and those people that we met so young, especially those chorus boys because they were out, baby. They didn’t hide nothing. They weren’t lewd or nasty about it. They were just themselves.

LN: Do you think artistic communities are insulated from the often seismic shifts in social and political norms and perceptions of mainstream society?

MH: I think we’re insulated because show business is a fabulous world. I couldn’t imagine myself doing anything. else.

We are insulated, although we know what’s going on and when we don’t like it we speak up. We are not afraid. I find when I was growing up people wanted us to be quiet about stuff and Gregory and I came from another generation.

Gregory and I were very outspoken. We both did things to hurt our careers. We talked about the racism on Broadway because it was there and we saw it and experienced it. We asked why aren’t there any black choreographers on Broadway? Why is that?

Among the dancers and other choreographers, they were upset about it, but they weren’t putting the shows on. The producers were, and there was racism among them.

LN: With a career as long as yours, how much of a challenge is it to stay on top of your game and current in the world of dance?

MH: It’s very, very hard. Debbie Allen and I were talking about this the other day. You find your niche.

That’s what I’m finding out now in this stage of my career. That’s what we have to find in order to give back what we have learned because they are not learning the same way we did or learning what we did. They don’t have to be as versatile as we were. They do something on a video and people think they can dance and when they get with us and Debbie does a combination or a step, they can’t do it.

Not all of them but a lot of them feel like they don’t have to train. That’s the mindset now. But you have to produce.

So, you don’t say it mean and then you encourage them to learn some ballet. Ballet give you control of your body. Once you start telling them that, they start doing it.