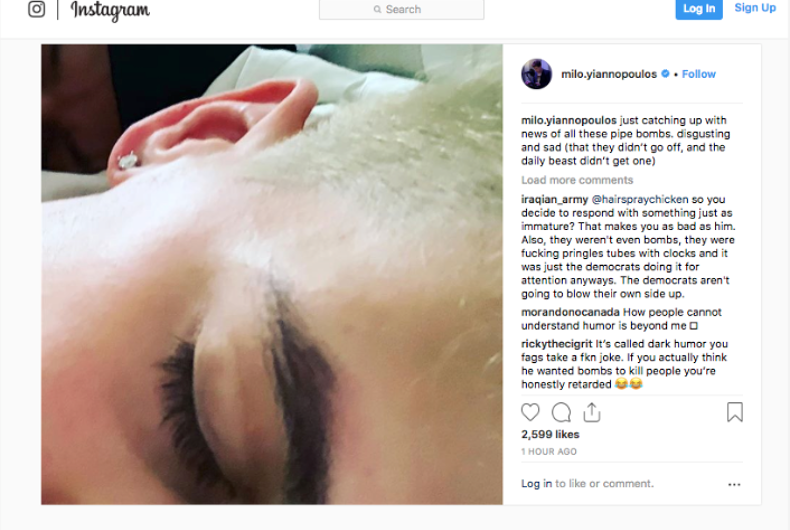 A screenshot of the post was caught before it was removed.Photo: Screenshot/Instagram via The Daily Beast

This past Thursday, Yiannopoulos posted to Instagram that he was “sad” that the #MAGABomber Cesar Sayoc’s pipe bombs didn’t work. Sayoc sent 14 bombs by mail to prominent Democrats in an attempt to kill them.

“Just catching up with news of all these pipe bombs,” he wrote. “Disgusting and sad (that they didn’t go off, and the daily beast didn’t get one).”

The post was reported and initially Instagram refused to take it down, saying that it “does not violate our Community Guidelines.”

Related: Milo said Ellen DeGeneres is involved in a coverup of the Vegas shootings

Instead of standing by his statement, Yiannopoulos said that it was a “joke” and – perhaps to stress how difficult it is to tell when he’s joking – said that the bombs were a “false flag designed to distract us from the democrat funded and organized illegal migrant caravan.”

Anti-LGBTQ graffiti was found on a Holocaust memorial