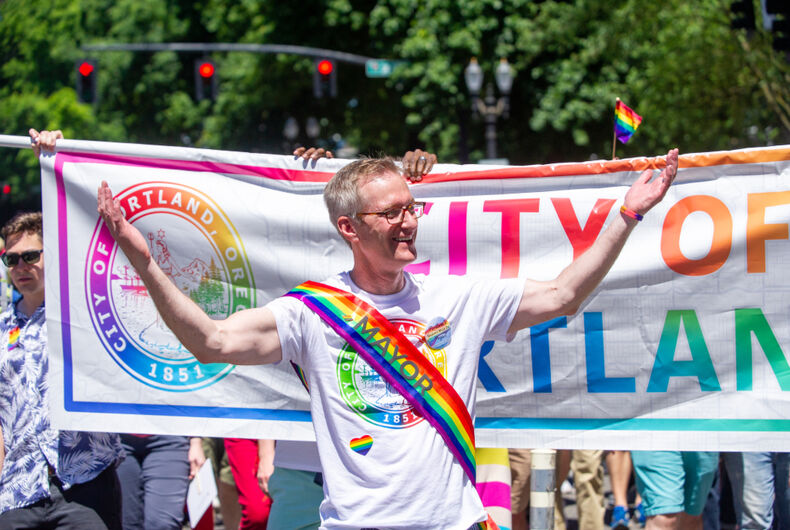 The three-term state legislator chose a unique way to come out as a gay man – agreeing to be listed as an openly LGBTQ candidate in Equality Florida’s endorsement of his reelection.

Known for his legislative efforts to tackle the opioid crisis and ease reentry for past offenders, Shevrin Jones was out to family and friends. But to be listed as openly LGBTQ in the endorsement announcement was a giant leap forward – opening his life to constituents, voters and his colleagues in Tallahassee.

On the day of the announcement this past August, Shevrin became the first openly LGBTQ African-American in the state legislature and just the third openly LGBTQ Florida state legislator ever. Importantly, he also became one of more than a dozen other sitting elected officials who came out this past year.

For nearly half a century, coming out has been a right-of-passage for LGBTQ people. We advocate coming out not just as an act of personal growth, but as a responsibility to our community, knowing we can change hearts and minds through personal relationships and visibility.

This theory of change is proving itself enormously effective as evidenced by the steady gains our movement has made over the last few decades. While the entire community is needed to drive this progress, out and proud elected officials like Shevrin have played an outsized role in this revolution.

In the early 1980s there were only a handful of openly LGBTQ elected officials nationwide – and a good portion were forced out by political operatives aiming to ruin their careers. Yet as more Americans came out in their everyday lives, the politicians came out along with them, often facing tremendous scrutiny and outright hate from those opposed to equality.

These out officials have been transformative – their interactions with the media, constituents and fellow lawmakers changing perceptions of LGBTQ people for those who may not know any others. With changed perceptions comes changed policies for our community as well.

Today we have an army of more than 575 openly LGBTQ elected officials across the United States who work to humanize our lives for voters and colleagues in the halls of power. Some ran as openly LGBTQ candidates for their positions, while others came out as incumbents.

It is concern about America’s leadership, increasing acceptance of LGBTQ people, and breakthrough victories for LGBTQ candidates that is powering this Rainbow Wave and propelling candidates to be open and honest about their lives.

It is possible LGBTQ candidates are running at the same rate this cycle that they have in the past, only now more are open to sharing their sexual orientation or gender identity and making it a part of their life story.

There almost certainly were LGBTQ people serving in the Continental Congress, on the U.S. Supreme Court and even in the White House sometime during our nation’s 242-year-history. It is only now that we can be open and seek these offices.

For Shevrin, it was his brother’s death thirteen months ago that led him to joining the ranks of out LGBTQ officials. He realized life can end abruptly, and that living his truth could provide courage to LGBTQ Floridians who continue to struggle with their identity.

Coming out meant an additional LGBTQ voice to fight anti-equality legislation in the state legislature. And one more person to humanize LGBTQ lives and push for inclusive laws. His coming out would advance equality, so he had to do it.

This National Coming Out Day is especially significant because of the historic number of out candidates running and the increasing number of incumbents coming out. However, coming out remains a courageous act.

One elected official who came out in June had anti-gay slurs spray painted on his campaign signs just two weeks ago. Others have lost campaigns to homophobia and transphobia. But securing equality demands these acts of courage.