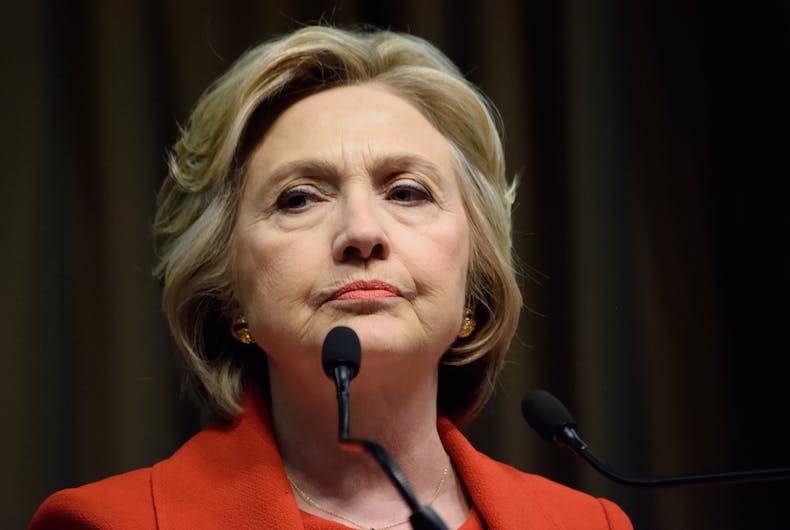 Hillary Clinton is tired of playing Ms. Nice Gal. We’ve seen the wary political operative step further and further outside of her normal placid demeanor to highlight the dangers of the Trump administration and Republican Party, but now she’s speaking even more bluntly.

While Clinton’s comments have become increasingly pointed, in an interview with CNN’s Christiane Amanpour, the former Secretary of State and presidential candidate didn’t hold back.

“You cannot be civil with a political party that wants to destroy what you stand for, what you care about,” Clinton said. “That’s why I believe, if we are fortunate enough to win back the House and or the Senate, that’s when civility can start again. But until then, the only thing that the Republicans seem to recognize and respect is strength.”

Clinton pointed out years worth of Republican dirty tricks and unprecedented tactics to keep control of the government.

“I remember what they did to me for 25 years — the falsehoods, the lies, which unfortunately people believe because the Republicans have put a lot of time, money, and effort in promoting them,” Clinton said. “So when you’re dealing with an ideological party that is driven by the lust for power, that is funded by corporate interests who want a government that does its bidding, it’s — you can be civil, but you can’t overcome what they intend to do unless you win elections.”

Clinton stopped short from calling for the impeachment of President Donald Trump, her adversary in the 2016 presidential election.

“You know, that will be left to others to decide,” she said.