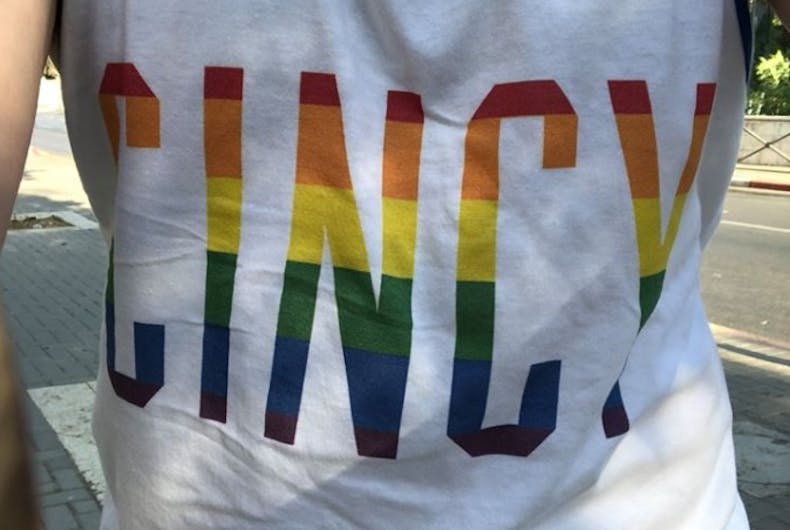 An American student at the Hebrew Union College in Israel is suing a pizzeria in Jerusalem for refusing to serve him.

Sammy Kanter said that he was wearing a pride T-shirt in August when he went to the Ben Yehuda 2 pizzeria. It was the day after the Jerusalem Pride March, and his T-shirt was white with rainbow letters that spelled “Cincy,” short for his hometown of Cincinnati.

“The guy behind the counter said, ‘Atah Homo (are you gay)?'” Kanter wrote. “I said yes. He said ‘out’ and pointed at the door. My jaw dropped, and he instructed my classmates and I to leave.”

Today, for the first time in my life, I was denied service at a pizza store for being who I am (in Jerusalem). I walked…

The store owner has already told the media that what happened was a misunderstanding between the employee and the student.

Related: LGBTQ people went on strike in Israel & shut the country down

Since discrimination on the basis of sexual orientation is illegal in Israel, Kanter is suing in small-claims court.

“This is an important precedent for Jerusalem,” said Noa Sattath, director of Israel Religious Action Center, the social justice branch of the Reform movement. She said that any money Kanter wins will be given to LGBTQ organizations.

His case is scheduled for January 31.