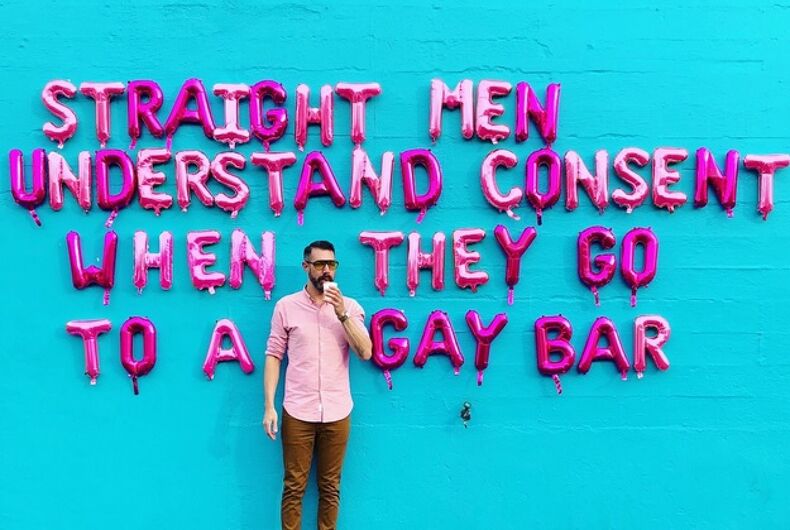 This image went viral on Twitter for the truth it served.Photo: Michael James Schneider

Gay artist Michael James Schneider has a message about consent, and it’s blowing up Twitter.

Tweeting under the handle @BLCKSMTHdesign, Schneider posted a picture of himself in front of a sign that read, “Straight men understand consent when they go to a gay bar.”

“Wow this tea is brisk today,” he wrote in the tweet.

The message has been retweeted over 30,000 times.

I suspect that much straight male fear of gay men, stems from the fear that gay men will treat straight man the way straight men treat women.

straight men can be pushy, insistent, and annoying to women at bars, ignoring their protests to keep harassing/hitting on them. those same straight men would be very uncomfortable being hit on by gay men and would understand what its like having the terms of your consent violated