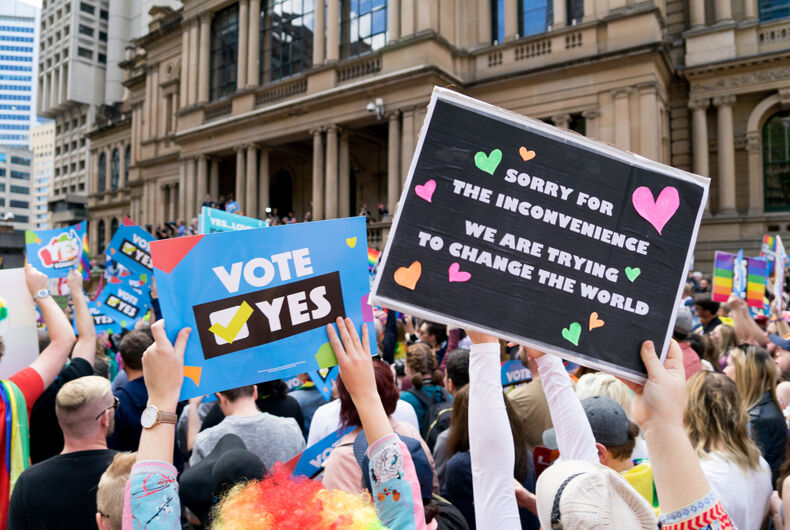 What’s behind this move, and why is it happening now? Here are four big reasons that are driving the push to run for many transgender people.

Much like gains in women and other groups running for office, the election of Donald J, Trump has pushed others to answer the call.

Alexandra Chandler, who recently ran to represent Massachusetts’s 3rd District in Congress, put it quite simply when asked by LGBTQ Nation.

“I believe that when a community is under attack, whether it’s the transgender community, or people of color, or women who have all of them stepping up and running for office and record numbers,” said Chandler.

“I think the natural response is to stand up and fight back in the most productive way possible and that is to get involved in the process, and for many to run for office. I think that’s what we’re seeing here.”

In short, people are rising up to oppose a president they don’t feel represents them, and amongst those are members of the transgender community.

On the other side of the coin, Danica Roem has also influenced transgender people to seek office. While Roem was not the first elected transgender person, she has been one of the highest profile to date.

Her 2017 win that propelled her to the Virginia House of Delegates, along with Andrea Jenkins’ and Phillipe Cunningham’s wins for Minneapolis City Council as well as several other transgender people across the country who won local office in 2017, showed a generation of transgender people that it was indeed possible to run for office — and win.

The transgender community is growing up

While transgender people have existed for centuries, it is only in the last 25-30 years that there has been a “transgender community” of sorts.

Prior to that time, aside from local support groups and a handful of conventions, transgender people did not usually congregate. The popular adoption of the internet in the 90s changed this, giving rise to the community of today.

Those who came out of that generation of transgender people are used to being part of a community and, as they have grown older, are now seeking office to serve their trans community members as well as their local community at large.

As the transgender community has shifted and grown so has its visibility. No longer tabloid and talk show fodder, transgender people have become more and more visible.

While there is still a long way to go, societal acceptance has grown, allowing transgender people to be better positioned to run for office without their transgender status acting like an insurmountable hurdle.

How things turn out could mean even more transgender people running at all levels going forward, and a further shift in transgender political visibility.

But only if you go vote.

A conservative writer attacked ‘gender theory.’ He only exposed his ignorance.