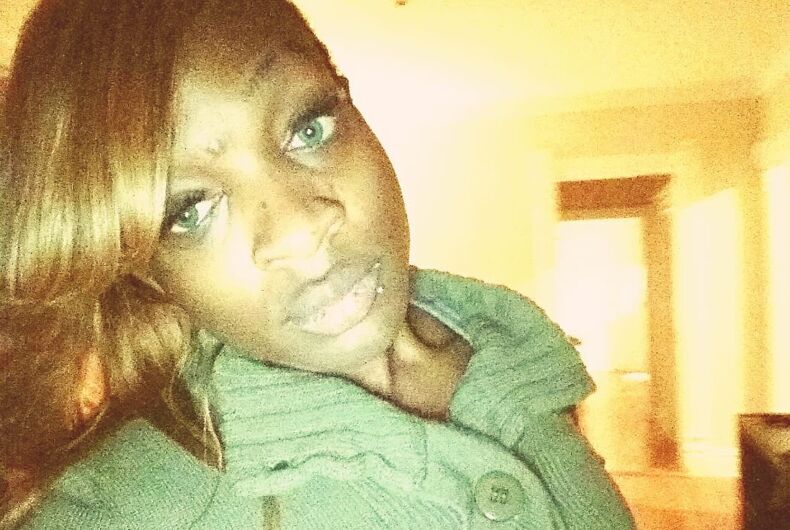 A 31-year-old black trans woman named Ciara Minaj Carter was found stabbed to death in an abandoned building in the West Garfield Park area of Chicago.

Chicago police found Carter’s body late in the evening on October 3. Police have said that she was in an argument with an unidentified male prior to her death.

Her death is being treated as a homicide. Her autopsy showed “multiple sharp force injuries” as caused by a knife or other bladed weapon.

This is the second anti-transgender murder in Chicago over the last two months. Another black trans woman, Dejanay Stanton, was found dead from a gunshot on the 30th of August.

Local activists are frustrated with the police investigations in both cases, feeling that the police are not doing enough to try and protect the community.

It feels like we are being targeted,” said LaSaia Wade to the Chicago Sun-Times “I’m frustrated and upset with the lack of cases turning around. There is a lack of needs for our safety from police.”

Wade, the executive director of the Brave Space Alliance, a Chicago-based trans advocacy group, knew Carter from the ball scene in Chicago.

Anti-transgender violence and murder remains at record highs, with 22 cases reported so far in 2018. Trans women of color remain the largest targeted group.

Twenty years ago, he told me we belonged together & I didn’t believe him. I was wrong.