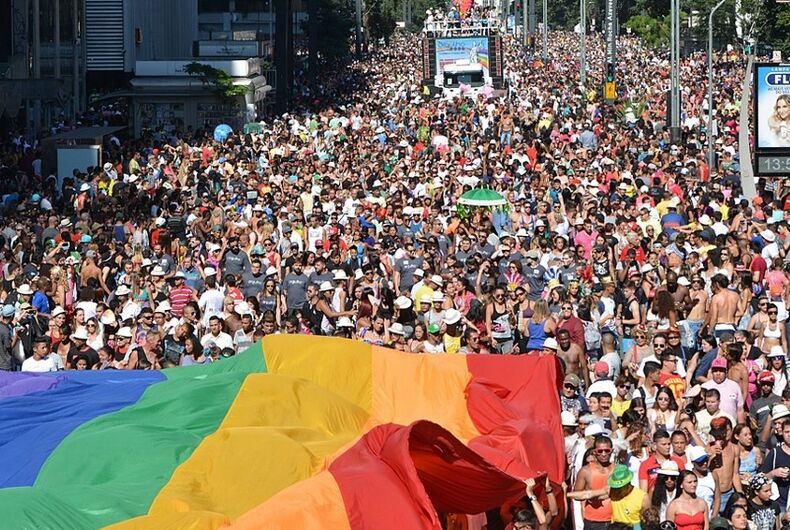 U.S. cities moved strongly towards equality this past year.

506 municipalities were examined with respect to their local laws banning discrimination and conversion therapy, the inclusiveness of their employment practices, services offered to LGBTQ people, law enforcement, and the city’s outreach to LGBTQ people.

For example, to do well on the MEI a city could have an LGBTQ police liaison, offer their employees transgender health care benefits, have a Human Rights Commission to investigate discrimination claims, ban employment discrimination, and pass resolutions that are pro-LGBTQ.

The increase in cities with perfect scores shows that, while LGBTQ equality is facing roadblocks at the federal level, local governments are advancing.

“Despite persistent efforts by some states and the federal government to roll back hard-won protections, cities are boldly and courageously pioneering the path forward on LGBTQ equality,” said Xavier Persad of HRC.

Of the cities followed by the MEI, 56 of them expanded their anti-discrimination ordinances to include sexual orientation or gender identity this past year, and 20 of them extended protections for municipal employees to city contractors.

147 of the 506 cities offer transgender health care for municipal employees.

This report is also a sign of the growing political divide between urban and rural areas. As urban areas become more Democratic, it isn’t surprising that they will get more LGBTQ-friendly.

Visit HRC’s website to find out how your city did on the MEI.

This trans woman got a surprise after transitioning. Her car insurance premiums skyrocketed