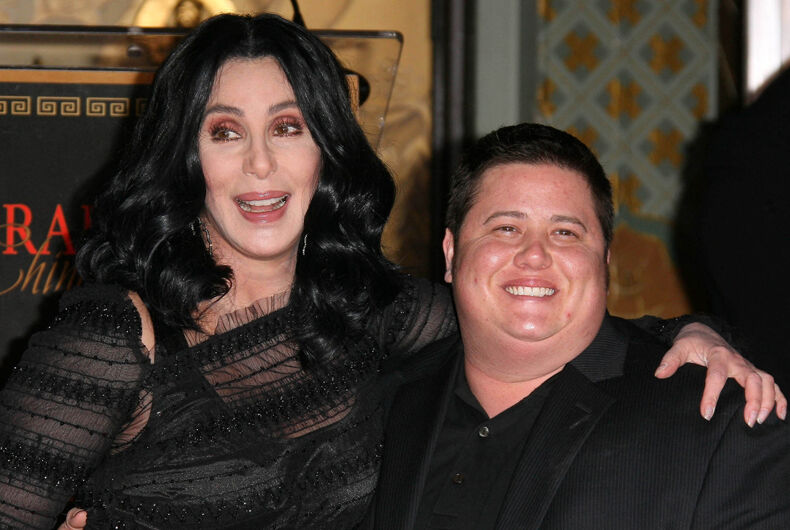 In a new interview with PrideSource in the wake of her new album of ABBA covers, Cher opened up about her feelings of fear surrounding the gender transition of her son, Chaz.

She added, “I think it’s about the fear, mostly. I felt, who will this new person be? Because I know who the person is now, but who will the new person be and how will it work and will I have lost somebody?”

Then Cher had a revelation, “I thought of something else: I thought, my god, if I woke up tomorrow and I was a man, I would be gouging my eyes out. And so I know that if that’s what you feel then that must be so painful that it doesn’t make any difference what anyone else feels or what anyone else thinks.”

Chaz was first introduced to the spotlight on his parents 1970s variety program, The Sonny and Cher Comedy Hour, and has lived much of his life in the shadow of his famous parents. He initially came out as lesbian in The Advocate in 1995, and then later began his transition in mid-2008.

At that time, there was a lot of speculation into Cher’s feelings towards her son’s transition, but she says that the relationship between and her son is now at its peak.

“Chaz is so happy now and we get along better than ever,” said Cher

Cher’s latest album, Dancing Queen, was released on the 28th of September. Chaz Bono is still working in movies and television, including a recent run on American Horror Story.