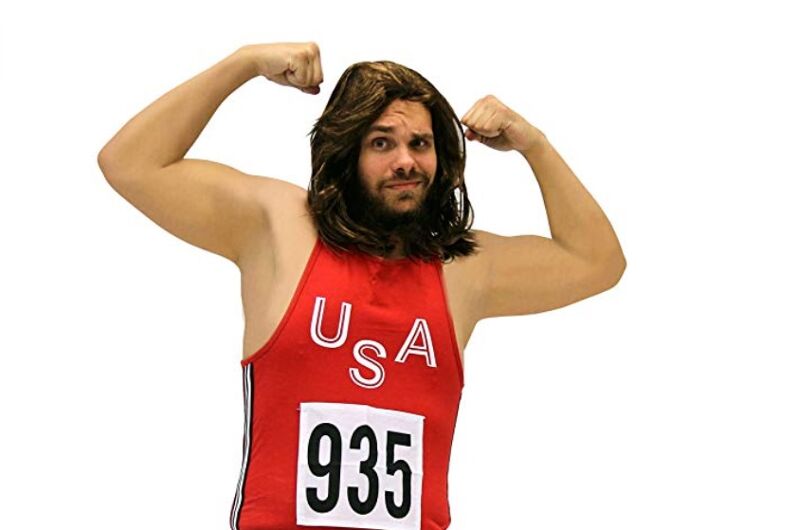 A Caitlyn Jenner Halloween costume for sale on Amazon has come under attack.

The costume’s name is “Bruce Caitlyn Jenner Olympian I Am Cait Adult Costume” and it includes an athletic shirt and shorts, a brown wig, the marathon number 935, and two plastic Olympic medals.

The costume is a reference to iconic images of Jenner winning the Decathlon at the 1976 Summer Olympics, when she had long, brown hair.

The description of the costume on Amazon reads “Show your love for Caitlyn Jenner with this awesome adult costume!”

UK LGBTQ organizations noticed the costume and have called it out.

“We have become accustomed to insensitive mockery, but had hoped that cisgender people had become tired of such stunts and realized that it is not funny,” said Jane Hamlin of the transgender organization Beaumont Society.

“No one chooses to be trans. I am disappointed that anyone would want to sell this, and hope that no one will want to buy it.”

“This is a reminder of how much is left to do to combat the abuse trans people face every day,” said a spokesperson for Stonewall. “This costume reduces a marginalized group to the butt of a joke. It should be taken off the shelves.”

TMZ contacted the seller, who said they will not pull the costume from the store.

“It’s a costume. It’s funny,” said a representative for Costume Agent, who added that the costume is one of their best selling.

This isn’t the first time a “Caitlyn Jenner” costume has been marketed during Halloween. In 2015, a New York City retailer sold a similar costume.

A similar costume appeared on eBay, but was pulled after people complained.

Amazon has not commented on the costume.

Kim Davis on the campaign trail: ‘I did not treat anybody unfairly’