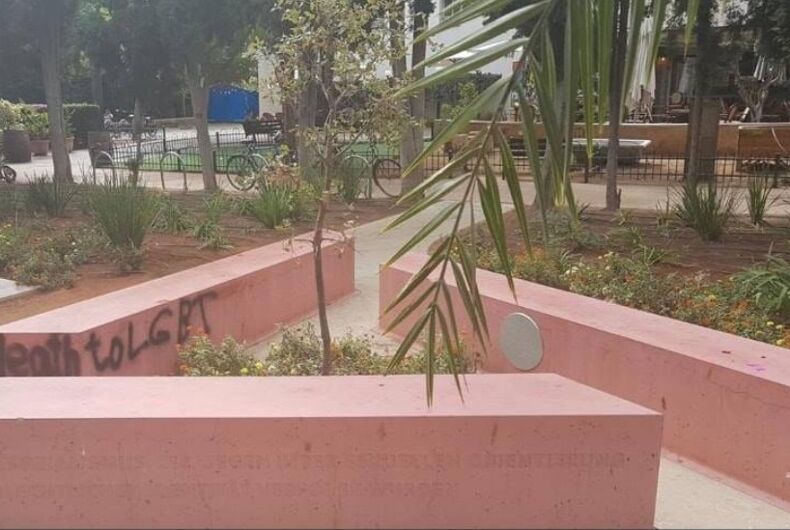 Anti-LGBTQ graffiti was found on a Holocaust memorial in Israel.

A monument in Meir Park in Tel Aviv was spray-painted with the words “death to LGBT” this past Thursday morning.

The monument honors people who were persecuted by the Nazi regime because of their sexuality. It is a pink triangle, reminiscent of the symbols gay men were forced to wear in concentration camps.

Tel Aviv Mayor Ron Huldai posted an image of the graffiti to Facebook, saying that it would be removed.

“We will continue to act and protect members of the community as we have done so far,” he wrote.

“So for those who thought we were exaggerating, that everything in Tel Aviv was wonderful, I am in the heart of the city, in the Meir Garden near the Pride center I built a decade ago,” said Etai Pinkas, chair of the LGBT Community Center in Tel Aviv.

“We will not give up our rights; we will continue to fight for our security and equality.”