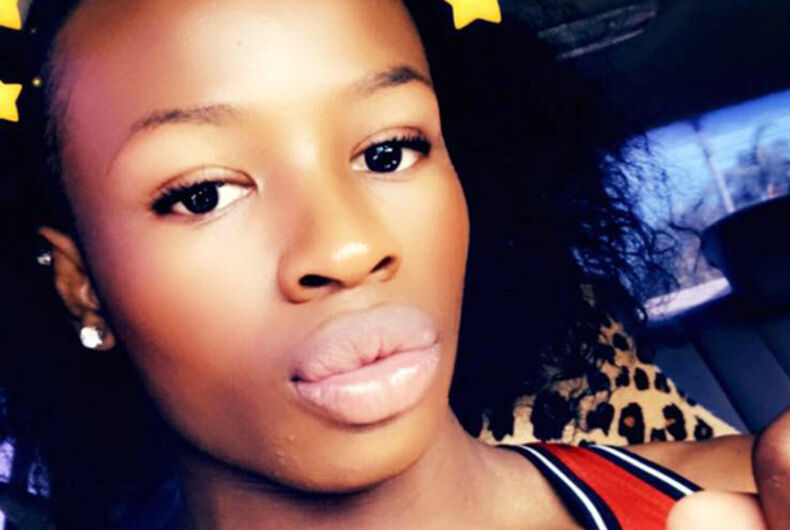 The body of Londonn Moore was discovered in Florida in the early morning of September 8. She was found shot to death on Sawyer Circle near the county line in an undeveloped part of Port Charlotte, near a school bus stop.

Police quickly determined that the death was suspicious and began a search for her car.

The vehicle, a Chrysler 200, was discovered in another part of Port Charlotte. It is unclear where exactly she was murdered.

The police have not yet classified the case as a hate crime. Though they have found no evidence yet to do so, local community leaders fear the words.

“I think it’s too early to say if it’s a hate crime, but I think what is important to recognize is that the state of Florida is leading the nation in violence against transgender population, specifically in trans women and trans women of color,” said Nathan Bruemmeer, the Executive Director of ALSO YOUTH in Sarasota, to the local ABC affiliate.

“When it comes to murder, murder is murder,” said North Port Police Department officer Joshua Taylor to NBC in Florida. “Whether it’s a hate crime or not, you’re going to pay that price.”

Many disagree with the police, and feel that this is part of a larger pattern.

“This would mark the 21st person in the nation since the start of the year that a transgender person has been murdered,” said Hal Trejo of All Rainbow and Allied Youth Inc.

“It’s the fifth person in Florida alone this year, so we see it’s a huge crisis and needs to be addressed and talked about,” Trejo said.

The news media and police have continued to misgender and “deadname” the victim in coverage in spite of calls from friends and local leaders.