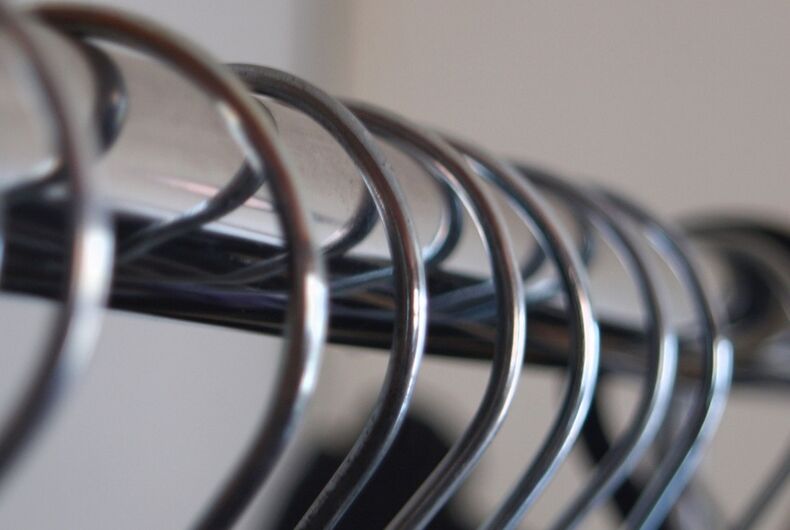 A senator who might vote to confirm Brett Kavanaugh to the Supreme Court has received 3000 coat hangers in protest.

Senator Susan Collins (R-ME) is one of two pro-choice Republicans in the U.S. Senate, along with Senator Lisa Murkowski. And Kavanaugh is so anti-choice that he even refers to birth control as “abortion-inducing drugs.”

Since 51 senators are Republican, both of these senators could join the Democrats and prevent Kavanaugh from being appointed to the Supreme Court for life. With him there would be a five-judge majority to overturn Roe v. Wade, either directly or by gutting the historic ruling.

But because these two senators are Republicans, activists are worried that they will vote with their party to confirm Kavanaugh.

Hence the coathangers, which symbolize back-alley abortions Americans will turn to if the Supreme Court rules that states can ban abortion completely.

Related: The religious right is salivating at the idea of Supreme Court Justice Kavanaugh

Activists have also raised $360,000 in pledges for Collins’s opponent in 2020 if she votes to confirm Kavanaugh.

“You have the chance to stand up for the people of Maine — and for the entire country — by rejecting this Supreme Court nominee,” the fundraising site reads.

Ads are being run in Maine to put pressure on her to vote against Kavanaugh.

Collins told the AP that she hasn’t made up her mind yet.

“I always wait until after the hearings are complete before making a decision, and I’ll do so in this case as well,” she said.

Kavanaugh has refused to state whether he believes LGBTQ people deserve equal rights, but his political history is not promising.

An emcee at an LGBTQ conference said ‘Ladies and gentlemen, things and its’