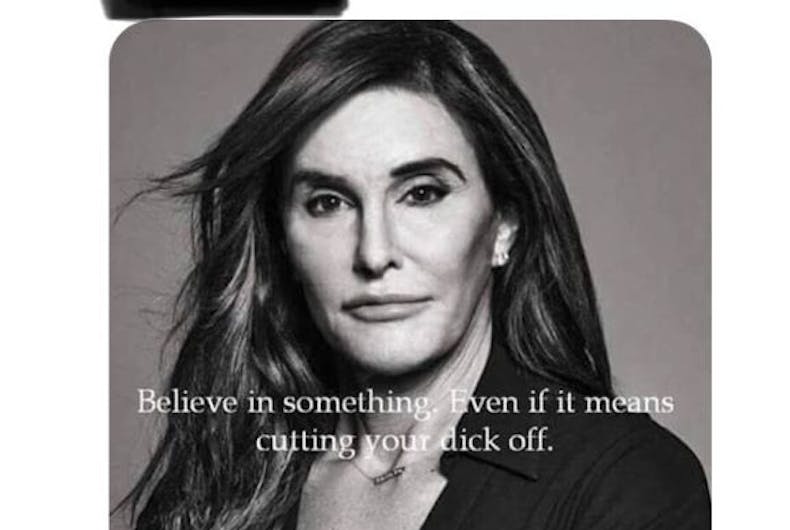 The meme was a direct insult of the Olympian-turned-reality television star who transitioned from male to female in 2015.

“Believe in something. Even if it means cutting your dick off,” the meme read. It was a direct reference to Jenner’s transition as it related to the current Nike Colin Kaepernick campaign.

According to Gay Star News, the transphobic meme was sent to Jason High, Wagner’s campaign manager; Jenise Harris, the campaign’s finance director; Shauna Boscaccy, policy director; and a reporter for Billy Penn, who was an unintended recipient.

Billy Penn reporter Max Marin had been in contact with Zaborney the day before the meme was sent to the senior officials and was accidentally sent the meme in the group message.

Zaborney apologized for the meme – as seen below in the screenshot shared by media outlets. Except here’s the thing: the reporter wasn’t anti-LGBTQ or transphobic and decided to share it with the world.