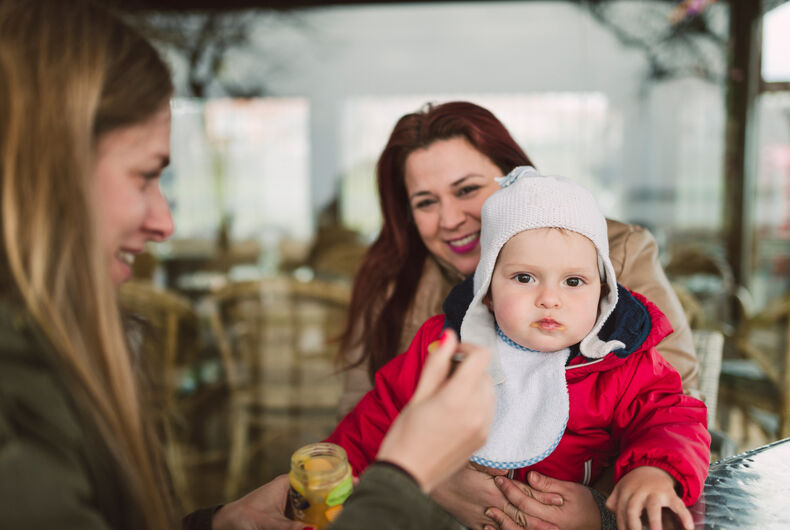 A lesbian couple has run afoul of French laws by choosing “Amber” for the name of their baby boy.

The boy was born in January of this year in Morbihan, a department in Brittany, and the excited couple went to the registrar to make it official.

French society has strict rules on names, and the registrar, rather than allowing the use of the name, reported the couple to a public prosecutor. The registrar was concerned that the name could end up “confusing the child in a way that could be harmful.”

The French government, until 1993, required parents to choose a baby name from a list of acceptable options. After President François Mitterand dumped the law, parents were given more leeway, but the courts can step in if they feel the name could cause undue issues for the child.

Amber, or “Ambre” in French, is considered a girl’s name. In the French language, names are typically strongly gendered. Ambre is the feminine version of Ambroise, and dates back to the 1950s.

While the name is officially a girls’ name, it has been given to other boys in the past, and has a masculine sound in French.

The couple is rightfully upset.

The couple fears that homophobia is also at play.

A family justice judge agreed with the couple, allowing the use of the name for their boy, but the public prosecutor has appealed. A retrial is slated for April of 2019.

Meanwhile their boy is now a year and a half old, and already answers to Ambre.