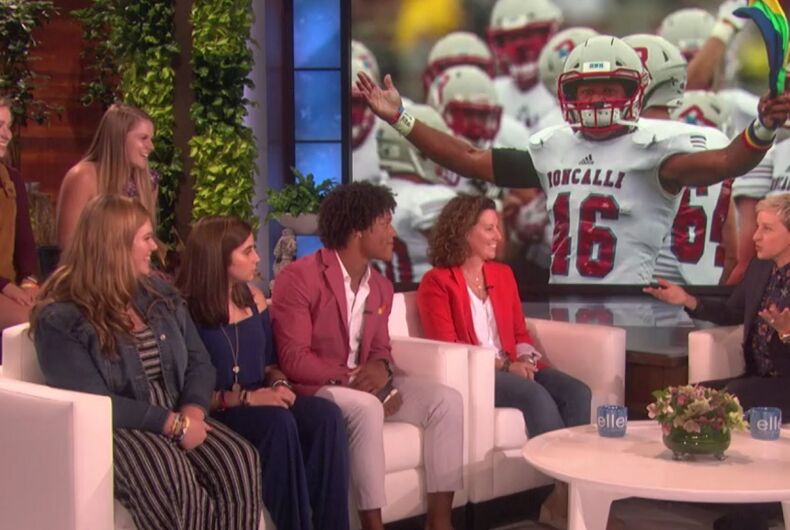 Earlier this year, Fitzgerald’s bosses found out that she was married to a woman when someone got her marriage certificate from the county and sent it in.

She was told that she could get divorced, resign, or quietly finish the school year and then leave. She didn’t like those options, so a week later she was placed on leave.

Related: Someone found this school counselor’s marriage certificate. She could get fired.

Fitzgerald said that the school put out a press release about her that informed students and parents that she was married to a woman.

“So they outed you?” Ellen asked. “A lot of people were learning that you’re gay by them doing that?”

Some of her students appeared on the show too, and many of them showed support for Fitzgerald.

Christians are freaking out over this anti-smoking campaign