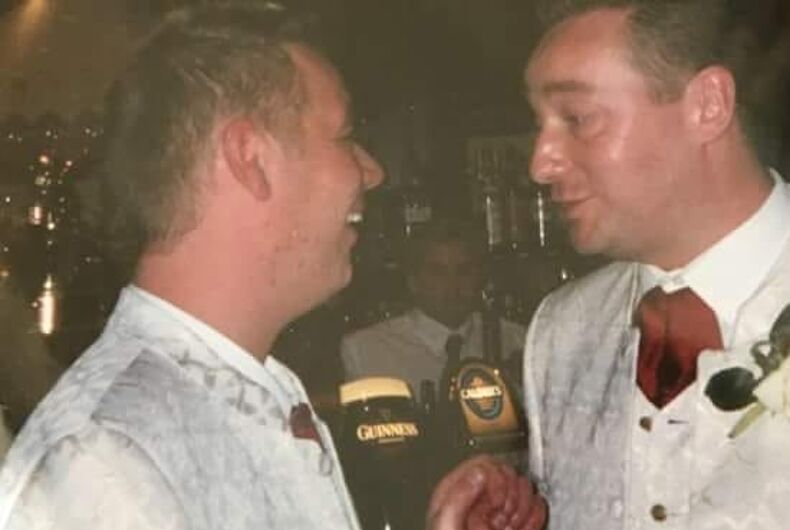 Patrons of the Cardiff gay club scene are mourning the loss of not one, but two men who both made an impact on the LGBTQ community in Cardiff.

Steven Collyer and his husband Jason Roe died six weeks apart. They were together for 28 years.

Friends are saying Collyer died of a broken heart on Tuesday after the death of his longtime partner. Collyer opened the first WOW gay venue in the 1990s and also ran Koolers Nightclub and Club Cardiff.

The two joined forces in business to open the famous fish and chip shop Shiphay Chippy in Torquay, Devon in England.

Collyer’s sister, Vicky Roffi, said, “Steven was an amazing man, amazing friend, but most of all he was loved by so, so many people. I, for one, will greatly miss him.”

She added, “Wherever they went, Steven and Jason made a massive impact. They were very outgoing – especially Steven.”

The two are survived by Collyer’s daughter Stacey.