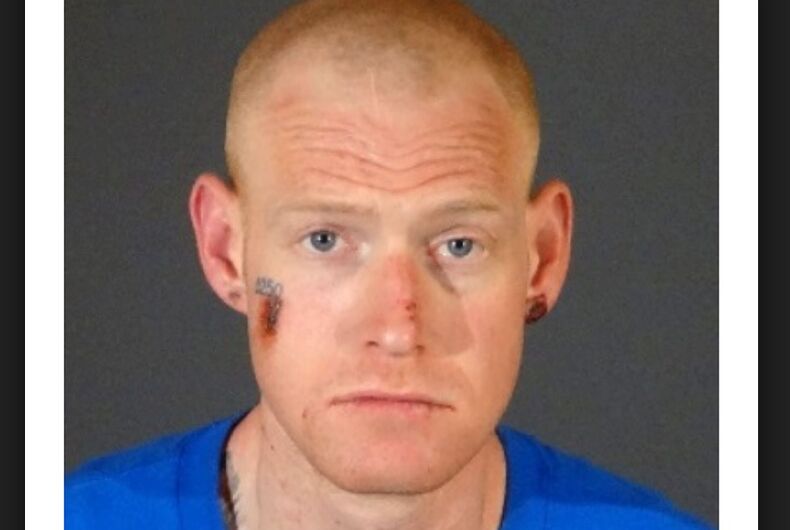 A gay man filed a lawsuit against Redmond O’Neal, the son of actors Farrah Fawcett and Ryan O’Neal, accusing him of a vicious attack motivated by hate.

Ken Fox, who is represented by Gloria Allred, said that the attack occurred on May 2 this year when he was going to a laundromat. Fox said he saw a O’Neal approach him wearing a hoodie and a bottle.

“What are you looking at, faggot?” O’Neal allegedly said.

Fox says that O’Neal rushed at him and hit him in the nose with the bottle. O’Neal stood over him when he was on the ground, taunting him with slurs and punching him, while threatening to hit him again with the bottle again.

“I felt trapped, like a wounded animal. I literally thought I was going to die,” Fox said at a press conference. “All I could do was scream until he just walked away.”

O’Neal was arrested after a four-day crime spree in early May, which police say included attempted murder and possession of meth. The Los Angeles District Attorney filed a felony assault charge in connection with the attack on Fox.

His attorneys are having him undergo psychological evaluations to determine his competency to stand trial.

The lawsuit is asking for unspecified damages to cover medical and other expenses, as well as punitive damages.

“I need to do what I can to ensure that this man never hurts another defenseless faggot again,” Fox said.

In an interview this past May, O’Neal blamed his current problems on his rich and famous parents.

“The pressure that came with that set off a time-bomb in my head,” the 33-year-old said. “I never asked for any of this, I never wanted any attention.”

A gay art dealer & a church got into a parking dispute. His response is hilarious.