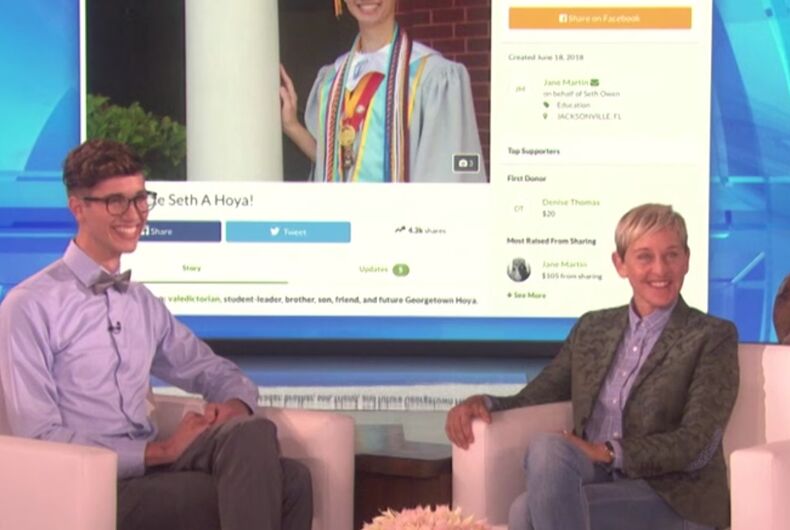 Earlier this year, Georgetown University student Seth Owen got national attention for his attempt to crowd-fund his college education. His parents had rejected him because he refused to go to conversion therapy, and the school wouldn’t recalculate his financial aide in light of his parents refusing to contribute.

Now, after two weeks in college, Owen talked to Ellen.

He told Ellen about how he spent part of this year couch-surfing as a senior in high school, and then moved in with his best friend’s family.

Owen said that his GoFundMe earned over $140,000, and then Georgetown offered to waive his tuition. He said that he would use the extra funds to create a scholarship for young people in a similar situation, and Ellen contributed to it.