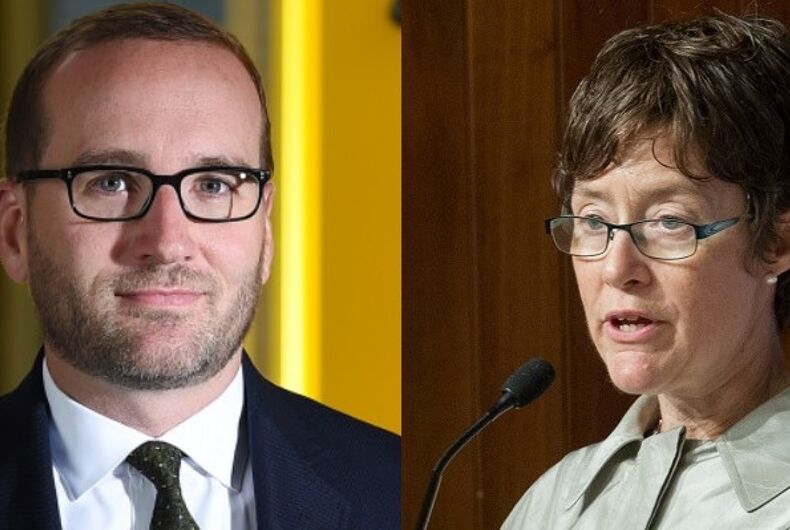 Mary Beth Maxwell, who headed the HRC Foundation – the nonprofit arm of the Human Rights Campaign – has resigned after an investigation found that she had used the N-word twice. The Foundation publishes the organization’s Corporate Equality Index and runs educational programs focusing on HIV, youth issues, religious outreach, and aging.

Maxwell, who is white, used to work in the Department of Labor in the Obama administration.

An email sent to staff by HRC President Chad Griffin was obtained by Politico this week in which he said that an employee complained about Maxwell’s use of the term, which caused the organization to launch an investigation.

She was suspended without pay when the preliminary findings of that investigation came in this past Monday. When the full findings came in on Wednesday, she resigned.

According to Griffin’s memo, in which Griffin did not name Maxwell and used “they” pronouns to keep from revealing her gender, she did not use the term with an intent to insult someone else at HRC. He said that in the first incident, she “recounted an upsetting personal story in which the term was used.”

The second time, she “repeated the word in describing an external situation that they found horrifying, in which racial and homophobic slurs were used.”

“I share this context because the lesson learned here is that not having bad intent in using the word does not make it acceptable,” Griffin wrote. “I want to be clear: intent does not matter. It is the impact of the word that matters.”

“It simply is never acceptable for that word to be said by an employee in the workplace, period.”

Griffin acknowledged that, because of the work HRC does, they are going to have to discuss hate speech. “But it’s our job to respond to these incidents in ways that are appropriate and don’t compound the harms done,” he wrote.

He wrote that HRC will have “a formal policy on our expectations and requirements of staff in responding to or discussing hate speech” in the next two weeks, which will be followed by mandatory training.

Upon resigning, a message from Maxwell was forwarded to HRC staff. In the message, she took “responsibility for my mistakes and how my words and actions impact others.”

“It is with deep regret that I share I made a mistake in using inappropriate language that caused harm to people I love and the work that I hold dear,” Maxwell wrote.

“While in each instance I was conveying something that really happened – in the first I was emotional and scared that it had been said and in the second feeling urgency about addressing a deeply racist and homophobic encounter that a colleague recounted – I realize I should never have said the word out loud. Period.”

An HRC spokesperson confirmed the accuracy of the emails, but the organization declined to comment on the matter to the press.

Maxwell’s bio page has been removed from HRC’s website.