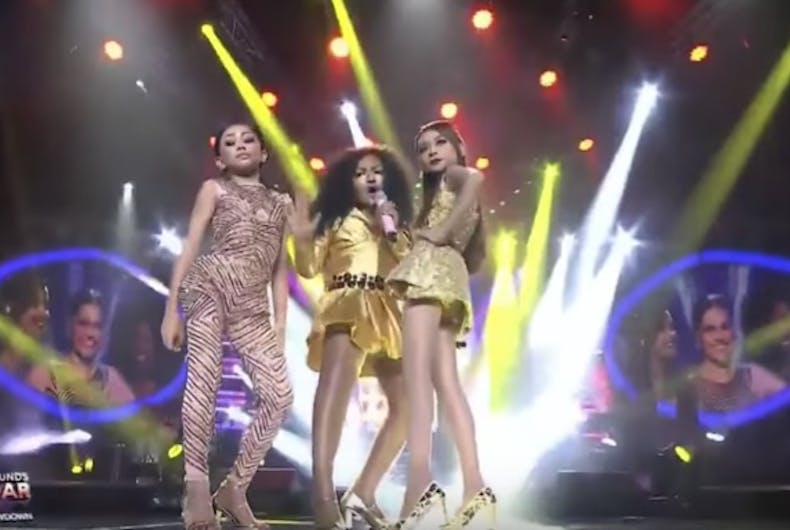 The TNT Boys perform on "Your Face Looks Familiar"Photo: Screenshot

“Your Face Sounds Familiar” is a popular Filipino singing competition where contestants impersonate celebrities and sing their hit songs. For this season, producers opted to make all the contestants children.

Little did they know what was about to hit them.

The TNT Boys took home the top prize earlier this week with a drag rendition of “Bang Bang” by Nicki Minaj, Ariana Grande and Jessie J. Not only was the crowd on their feet, even judges were filming the performance on their iPhones and gave them a standing ovation.

The boys took home the top prize of a million Philippine Pesos (about $19,000), a house, and a trophy.