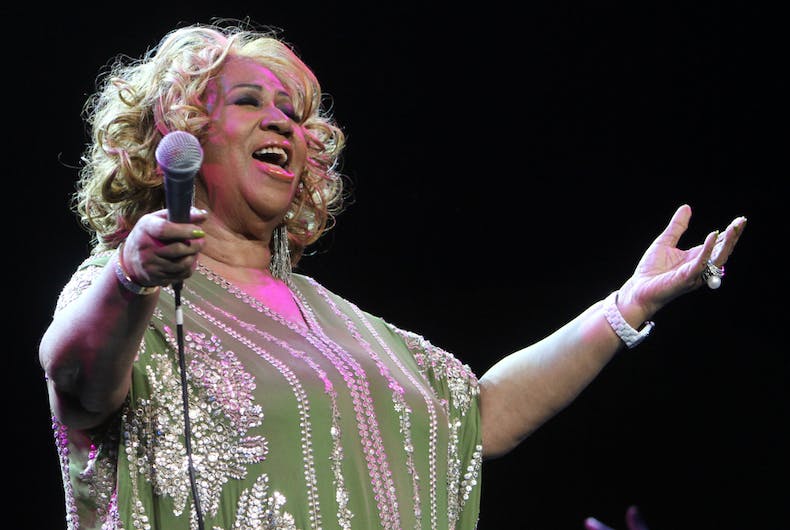 Aretha Franklin was known as the Queen of Soul. Today, she will be buried with all the pomp and splendor one would expect for a royal funeral. Franklin died on August 16 of pancreatic cancer at age 76.

The four-day funeral started Tuesday, as the Queen of Soul was lying in repose at the Wright Museum of African American History in Detroit so that fans could say goodbye.

The Wright Museum is the second-largest black museum in the U.S., and it hosted a viewing in 2005 for civil rights activist Rosa Parks. Franklin performed at Parks’s funeral.

“I think it’s incredibly significant – she is being honored almost like a queen at one of the most important black museums in the United States,” said Paula Marie Seniors, an associate professor of Africana studies at Virginia Tech.

“We know that she would have wanted nothing but the best,” said Sabrina Owens, Franklin’s niece who was tasked with planning the funeral in just two weeks. “She gave the best, she expected the best and she would want her fans to have the best.”

After the funeral, Franklin’s body will be transported in the same hearse that carried Parks and will be laid to rest at the same cemetery as Parks.

“In the long run, they were both fighting for the same cause, which is freedom,” Seniors said of Parks and Franklin.

Over a hundred pink Cadillacs will line the route to Aretha Franklin’s funeral and stand honor guard along Seven Mile outside of the church. The tribute is a nod to the Queen of Soul’s hit “Freeway of Love.” The car company placed a poignant full page ad in the Detroit Free Press to honor the singer.

You can watch the funeral live below. The homegoing service is expected to last 5 hours.