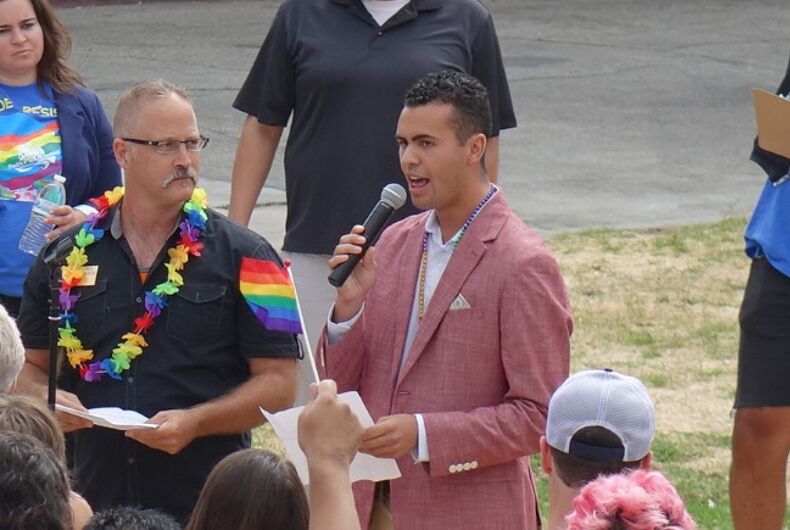 Ethan Bertrand says that he has been the victim of anti-gay hate crimes in Isla Vista as well.Photo: Facebook

Two gay men were attacked in a park in southern California.

Police responded to a call from a hospital in Isla Vista, an unincorporated community outside of Santa Barbara, at 9:30 p.m. this past Saturday.

The 21-year-old victim suffered a broken jaw and a laceration to his scalp. The other victim got welts across his back, a cut lip, and a shoulder injury.

The Santa Barbara County Sheriff’s Office said that a bicyclist happened upon the scene and the attackers fled. The victims were able to flag down a car and get a ride to the hospital.

Bertrand said that there has been an increase in gang violence in Isla Vista and the police haven’t done enough to fight it.

“There’s been an uptick in gang violence and it’s important that the public knows that,” he said. “Unfortunately, I don’t think the Sheriffs Office has done the right job with being proactive on this front as well as notifying the public about the threats that exist.”

The Sheriff’s Office said the attack is being investigated as a possible hate crime and as a gang-related crime. No arrests have been made so far.

The Trump administration has launched a crusade against LGBTQ ‘infidels’