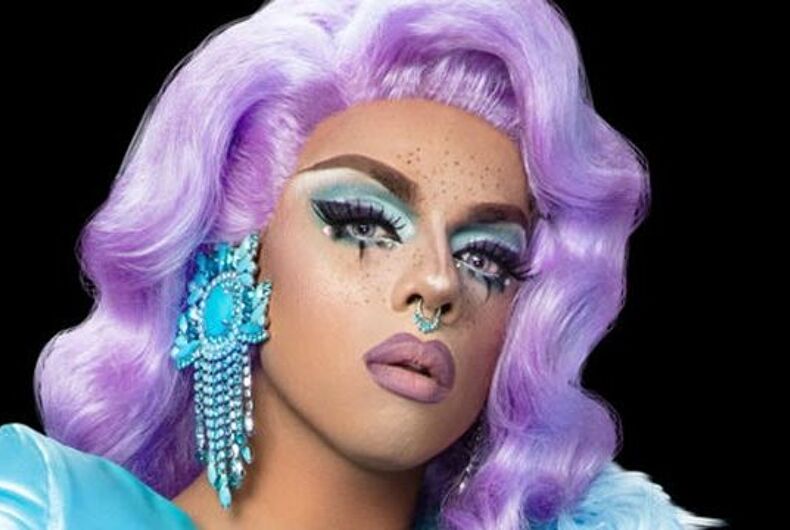 Aja identifies as nonbinary, and some people who don’t like nonbinary-identified people on Twitter decided to harass her.

Things got to a climax when @radkween, a 19-year-old from Argentina, tweeted “Shut up, man” to Aja.

Aja responded this past Tuesday with the cool, restrained voice that made her famous. That is, she called @radkween a “senseless cow.”

Shut the fuck up you fucking terf – calling me a misogynistic troll? – you are a bitter ass fake feminist. Real feminists support all women and all genders equality. Don’t misgender me. You senseless cow. https://t.co/hgdV4bHkoQ

Many of the replies on that tweet show people continuing to misgender Aja. For example, someone replied, “A male raised as male behaving as a male, awwww.”

A male raised as male behaving as a male, awwww

“I got banned from twitter because I called a a girl from a group of Trans Exclusionary Radical Feminists who were all saying my gender identity wasn’t real a senseless cow,” Aja wrote.

She pointed out that Twitter seems just fine with misgendering people: “But twitter didn’t ban the 200-300 people literally devalidating my non-binary identity. But I’m here like I might be blocked but guess what I still identify the same way, I am well validated and alive and happy and nobody can take that.”

While calling someone a “senseless cow” – especially a woman – isn’t OK, looking through the tweets it’s easy to see how the argument was escalated by not just misgendering but also insulting Aja because of her identity.

Even though many of the people who were harassing Aja identify as feminists, they implied numerous times that they wouldn’t have harassed her if she were a man.

A guy flipped out when a girl said his puppy is gay. Now Twitter is full of gay dogs.