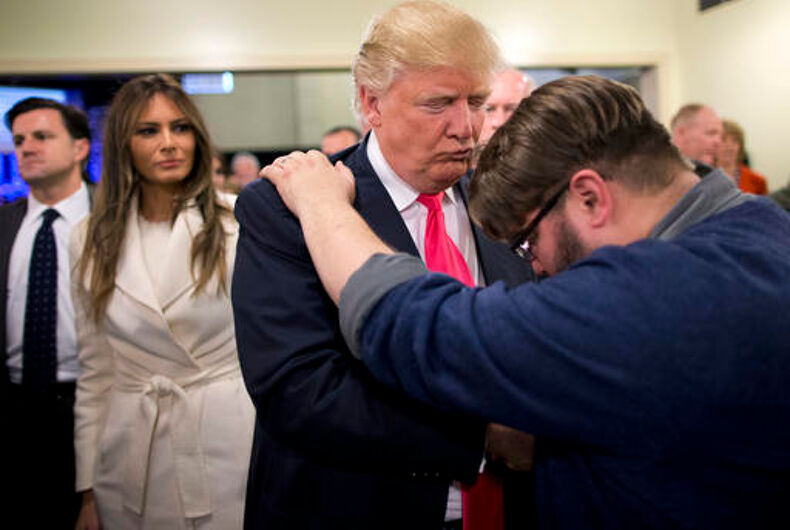 On Monday’s edition of Washington Watch with Tony Perkins, Republican House Majority Leader Kevin McCarthy and Perkins discussed moving the religious right back to the “good ole days” prior to social media outreach.

Republican leaders are now using the narrative that social media is forcing their posts into involuntary submission. They believe social media giants like Facebook and Twitter are “shadow banning” conservative viewpoints in favor of the left agenda.

So, what’s a religious right platform to do in this situation? Are postcards and snail mail coming back for good? And, if so, how effective is offline messaging in 2018?

There are a few options available for potentially effective outreach. They include: paper petitions, cold calling legislators, mailing a letter to the editor of local magazines or newspapers, face-to-face meetings, and, well, sending an old-fashioned newsletter in an envelope with a stamp.

All of these potential social media replacement techniques are outdated, old-fashioned, barely used anymore, and don’t have quite the same impact as clicking share on a social media post that goes viral in milliseconds.

How much does a stamp cost anyway? Ask a millennial and see if they have any clue. Of course, one might argue that the religious right’s base is not rooted in millennials.

One might also argue that democracy will be saved in 2018 and 2020 by the younger generation.

On the flip-side, Twitter has denied allegations stemming from a Vice report that their employees removed conservative posts from the social media platform.

“For the most part, we believe the issue had more to do with how other people were interacting with these representatives’ accounts than the accounts themselves,” said two Twitter staffers in a blog post last week.

Facebook staffers also met with McCarthy and his pod in June to discuss their hesitations regarding social media banning.

Andy Surabian, a populist strategist and adviser to Don Jr., told Axios that the issue of conservative censorship by social media “has been bubbling up on the right for years and in the last few months has exploded.”

Surabian also said, “[C]onservatives don’t trust these big social media outlets” and “they claimed they were just coming for Alex Jones, but then we all looked around and saw a big fat target on all of our backs.”

This brings up a valid point regarding the midterms and securing a GOP-led house.

If McCarthy hopes to keep the chamber red in November, McCarthy will need the backing of conservative lawmakers in order to replace Paul Ryan as speaker. If the GOP believes their voices are being censored, they have no choice but to change the way their messages to constituents are delivered.

Is it possible to go back to letter writing, postcards and phone trees to ensure messaging is on point and succinct to move the GOP forward this November?

Are conservative voices, in fact, being censored on social media? Or are tech companies like Facebook and Twitter at a point where they have simply had enough of the fake news spin cycle from the right?

Wherever the GOP and religious right goes from here with their messaging method, they must all stay united to save the House. But can they do it through carrier pigeon?