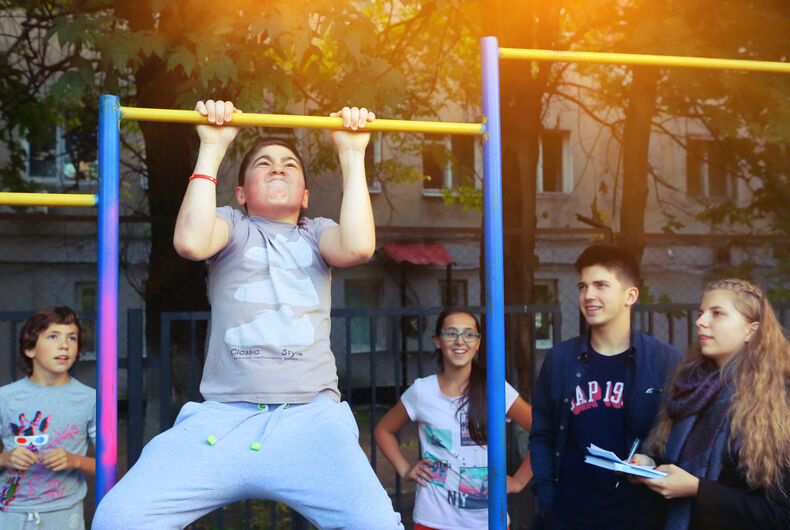 Lesbian, gay, and bisexual youth show a higher rate of obesity and a greater likelihood of diabetes than their straight counterparts according to a new study. Stress may be a large factor.

Researchers looked at data from the Centers for Disease Control and Prevention of over 350,673 high school students of all orientations in the United States.

While both men and women showed an increase based on sexual orientation, lesbian, bisexual, and questioning women were shown to be 1.55 to 2.07 times more likely to be obese than their heterosexual counterparts.

The study also suggests that there is an increased chance of type 2 diabetes mellitus amongst lesbian, gay and bisexual youth.

The study’s author, Lauren Beach, has a theory to explain these results.

“Many of these youth might be taking part in sedentary activities — like playing video games — to escape the daily stress tied to being lesbian, gay, bisexual or questioning. Our findings show that minority stress actually has a very broad-ranging and physical impact,” said Beach in a release from Northwestern University.

Minority stress refers to chronically high levels of stress that can be faced by members of stigmatized minority groups, such as LGBTQ people.

“Lesbian, gay, bisexual and questioning youth may not only be at risk for worse mental health but also worse physical health outcomes compared to heterosexual youth,” said Beach.

The study was published in the 23 July issue of Pediatric Diabetes.

A man may have gotten the death penalty because he’s gay, but should LGBTQ orgs help him?