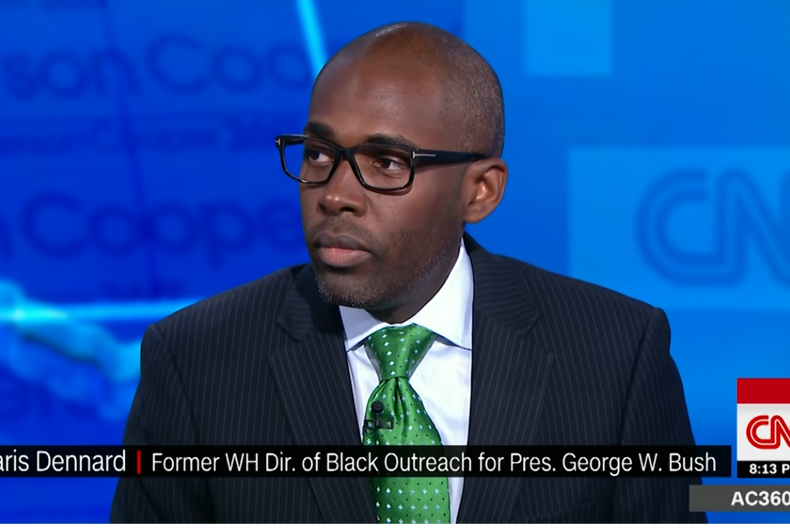 Another rabid Trump supporter is going down in a sex scandal. With the President paying off adult film stars to keep his affairs secret and openly admitting to sexually assaulting women, is it any surprise?

Paris Dennard is probably best known as the black Republican who was an “official media surrogate for the victorious Donald J. Trump for President Campaign” as he says on his website. Dennard is a regular CNN talking head and vociferously defends Trump with nonstop excuses for his bad behavior.

Now CNN has suspended Dennard after learning that he was fired from his job at Arizona State University four years ago for sexually harassing women. A member of the President’s Commission on White House Fellowships, Dennard told a recent college graduate who worked for him that he wanted to have sex with her.

He “pretended to unzip his pants in her presence, tried to get her to sit on his lap, and made masturbatory gestures,” according to a university report obtained by The Washington Post.

The graduate’s complaint was not the only one. Dennard was “involuntarily separated” from his position according to the university.

Like Trump, Dennard still maintains his innocence despite the overwhelming proof and says it’s a conspiracy to take him down because he’s a Trump supporter.

“This is sadly another politically motivated attempt to besmirch my character, and shame me into silence for my support of President Trump and the GOP,” he told the Post.

Should we be surprised when LGBTQ teachers in Catholic schools are fired?