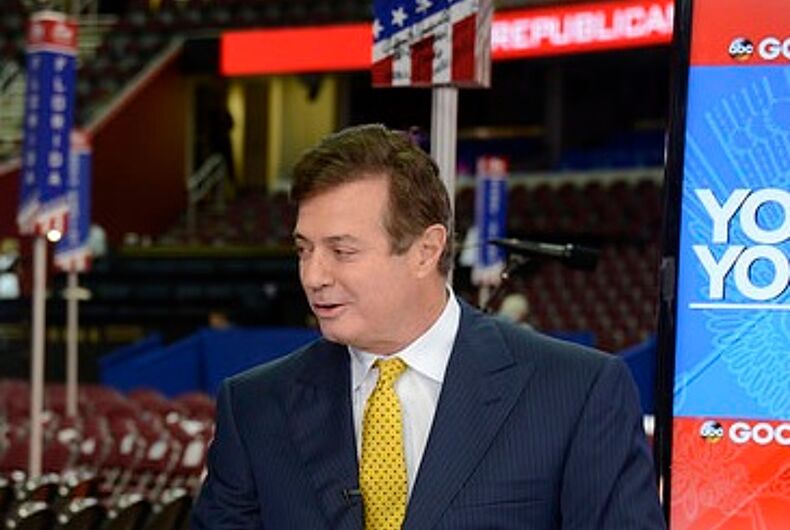 Paul Manafort, President Trump’s former campaign manager, is currently on trial on bank and tax fraud charges. The trial has featured some fascinating details, not the least of which is the sartorial splendor to which Manafort felt entitled. Manafort spent $929,000 on suits in a five-year period, had a taste for plaid sports coats and even treated himself to an ostrich bomber jacket.

Manafort was also up to his eyeballs in Russian oligarchs, one of whom he owed millions of dollars.

But perhaps Manafort’s worst sin is one that he will never be prosecuted for: Manafort is the man who made Mike Pence vice president.

Trump was all ready to go with his pal and fellow bully New Jersey Gov. Chris Christie as his running mate, but Manafort had decided Pence was the better choice. So he made up a story that Trump’s campaign plane had mechanical problems, forcing the candidate to spend the night in Indiana.

Trump then dined with Pence and his family the following morning, allowing Pence to pitch himself as the perfect sub to Trump’s dom. Trump was impressed and dropped Christie, but not before humiliating him by keeping him in limbo.

Would the Trump White House be different with a Vice President Christie? Maybe. Pence is a religious right ideologue, and he has used his office to grant unprecedented access to such anti-LGBTQ leaders as Tony Perkins. It’s hard to imagine Christie getting together with Perkins to cook up a ban on transgender military personnel the way that Pence did.

On the other hand, the Trump cabinet is so loaded with religious right figures that one less may not matter much. But at the margins at least the Christian right wouldn’t be quite as powerful if their man Pence was still in Indiana cleaning up his polluting gas stations. And Trump might never have won election, if Christian conservatives hadn’t been reassured by Pence’s presence on the ticket.

It will be interesting to see if Pence extends any loyalty to the man who saved his political bacon. After all, Pence was despised by his own party and facing a difficult re-election until Trump plucked him from the jaws of defeat. You can forgive Manafort for the ostrich bomber jacket, but for Mike Pence? Never.