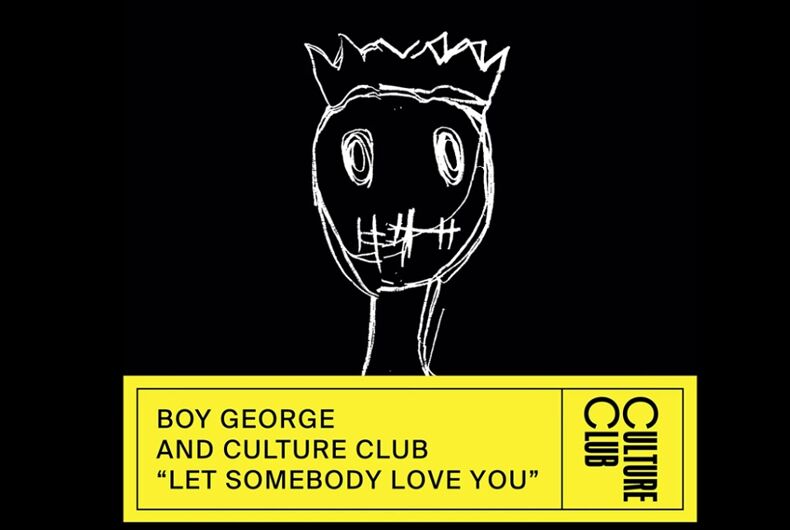 Boy George and Culture Club has released a single off their first album in 19 years.

The song “Let Somebody Love You” is on their new album Life, due out in October. Rolling Stone described it as a “breezy reggae-pop tune that crackles with rich horns, nimble guitar and rumbling drums.”

And the lyrics are pretty uplifting: “Love is revolution/War and famine too/Feed the hunger in your heart/Let somebody love you.”

This past June, Culture Club kicked off a North American tour with the B-52’s.