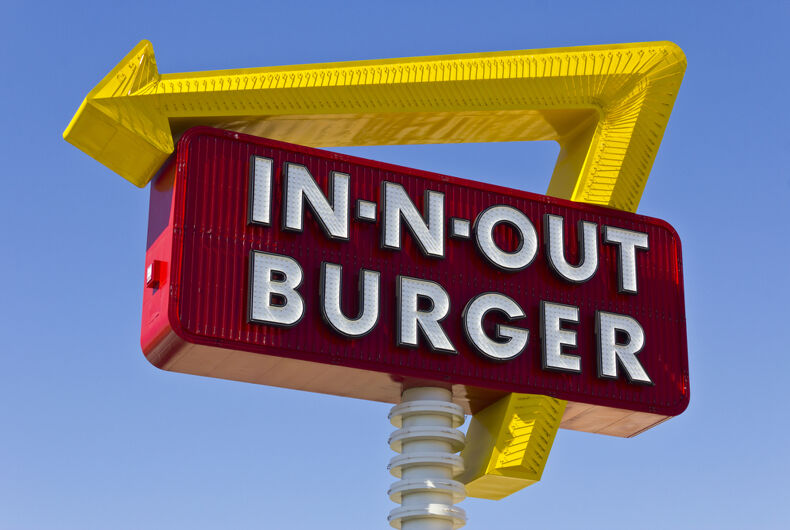 The boycott of Chick-Fil-A for supporting anti-LGBTQ organizations made headlines nationwide when it launched as conservatives lined up to support the fast food chain. Now In-n-Out Burgers is facing a similar situation as California democrats call for a boycott of the popular restaurant.

Both chains are known for their fanatical fan base.

Related: The religious right wants you to boycott Target because the store is nice to LGBTQ people

After In-n-Out donated $25,000 to the California Republican Party, Eric Bauman, the  California Democratic Party Chairman, called for a boycott of the company on social media. The chain operates primarily on the West Coast with the majority of stores in California.

Activists and politicians quickly claimed success during the Chick-fil-A boycott, but never actually said what they accomplished. The company continues to donate to anti-LGBTQ causes and hasn’t suffered any financial loss. Instead, after conservatives flocked to the fast food restaurant, the boycott actually increased their profits.

As with the Chick-fil-A boycott, many supporters are members of the community calling for the boycott.

“Eating at In-N-Out is such a standard thing to do across California,” Anthony Grigore, a California Democrat told the Los Angeles Times, adding that he thought the boycott is silly.

In the age of @realDonaldTrump, we need joy in our lives. Sometimes, that joy comes in red/white wrapper and a toasted bun. #InNOut pays some of the best wages in the #fastfood business, takes care of its workers, & offers food affordable to all. We shouldn't be boycotting that.