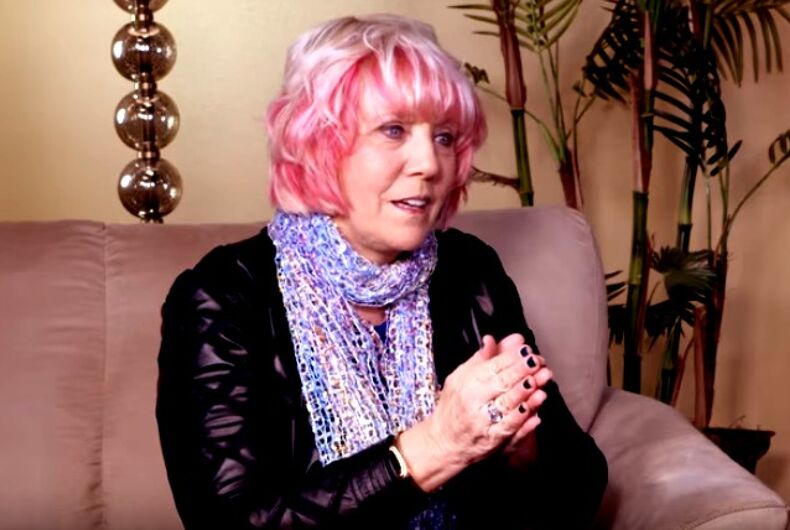 Jesus Christ. They say it takes all kinds, but Christian “prophetess” Kat Kerr is definitely one-of-a-kind.

The strangest part about popular speaker isn’t her crackpot claims about meeting Jesus or having the ability to “turn” a hurricane or volcano in the name of Jesus. It’s that she makes a good living spouting off nonsense like that.

This time around, Kerr told the audience at the ELEVATION: RISE UP conference in Tennessee that God has a pet unicorn. Oh, and Jesus and the Holy Spirit have their own badass rides.

“I just started talking about God and how much He loved — how much He talked about horses in the Bible. By the way, it’s one of His favorite creatures He made,” Friendly Atheist reports. “And by the way, He has a unicorn.”

“Father has a unicorn. Jesus has a horse named Lightning. Holy Spirit has one named Thunder. Lightning has fire coming out of his nostrils. He’s got a rainbow mane on him. But the Father has a unicorn. And they’re mentioned nine times in the Bible. They are! Unless you’ve found a new translation that has removed it.”

Sadly, no word on the unicorn’s name.

“Unicorns are mentioned in the King James version of the Bible 9 times, in 5 different books, by at least 5 different authors: by Balaam, Moses, David, Isaiah, and even God himself in the book of Job,” according to Creation Today author Eric Hovind.

He points out that most experts believe that translators meant the rhinoceros since the large horned beast was called a “unicorn” or a “bicornis.”

Rhinos, however, do not have flowing manes. But don’t tell Kerr; it’ll ruin her buzz.