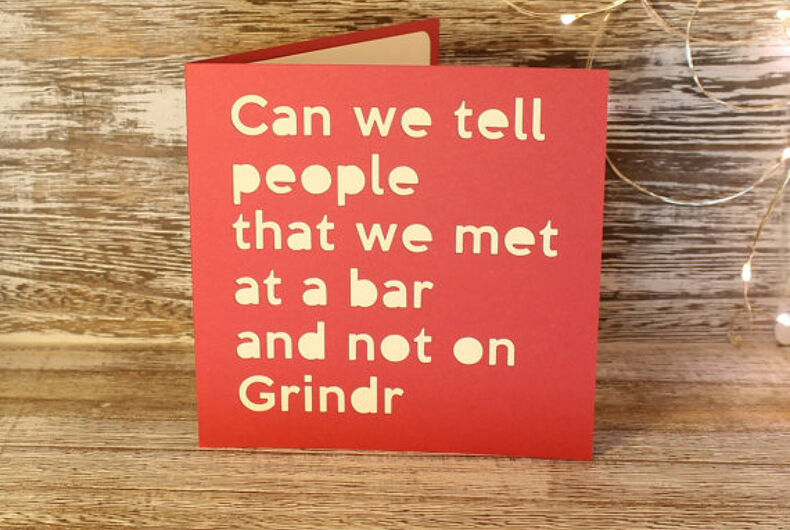 As funding for mental health care is declining, many are finding new ways to get the support they need. One such avenue is Grindr, the gay hookup app.

Funding has not kept pace with health care needs: while LGBTQ people face a higher incidence of mental health issues, including attempted suicide, health care options remain limited. Attacks of the Affordable Care Act will likely only weaken opens in the United States.

On top of that, many in the LGBTQ community may not feel comfortable coming out, even to a health care professional, for fear of ill-treatment or due to unresolved feelings of shame or guilt.

Because of the lack of care options, many are seeking out other avenues for care, turning instead to anonymous and lower cost options afforded via social networking platforms like Grindr.

With that in mind, Thomas Ryalls recently started a project called “Finding Simon.” Ryalls’ goal is to document both his and other stories about the difficulties faced in speaking up about their health.

Ryalls himself is no stranger to navigating mental health concerns.

“When I was 16 I began to struggle with depression without realizing it,” said Ryalls to PinkNews. “The toxic masculinity I grew up with meant that I had repressed a lot of the emotional fluency I needed to speak about my feelings.”

“Instead of speaking, I began to type out my feelings to a near-anonymous stranger I met in a chat room called Simon. It was one of the most emotionally intimate friendships of my life even though I didn’t know much more than his name,” he continued.

Related: Lady Gaga opens up about her mental illness to LGBT youth

In much the same vein, Ryalls is speaking to others who have their own story about seeking help online, anonymously, for your mental health.

Of course, his own project is welcome to those who still wish to remain anonymous with him, with his interviews taking place on Grindr, as well as websites like Reddit, or even anonymous chat rooms.

“If mental health professionals are slowly being replaced by Grindr, there are two options, says Ryalls. “We can either ensure mental health funding is prioritized, or we need to see online platforms like Grindr and Twitter take responsibility for their users’ mental health.”

Ryalls is still collecting stories for the project.

Cynthia Nixon did well in a debate with Andrew Cuomo, but it’s probably not enough