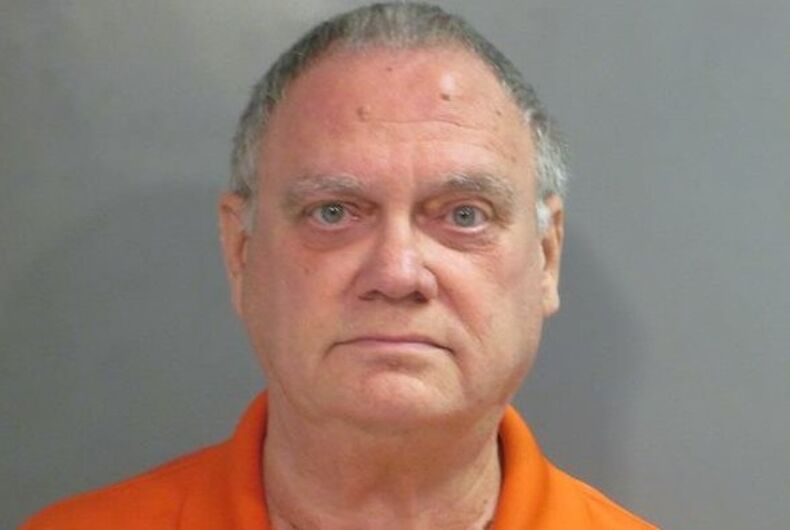 A Baptist pastor in Arkansas was arrested last Friday after he solicited sex from a federal agent posing as a 14-year-old boy.

Timothy Lee Reddin, 67, was arrested after he agreed to meet with someone he thought was a 14-year-old boy, according to a probable cause statement. The undercover agent with Homeland Security said that he was on a website on July 27 in an unrelated investigation when Reddin contacted him.

Reddin told the “teen” that they would go out for lunch and that he would help him learn how to perform oral sex, since the teen said that he was sexually inexperienced. He wrote that he was a “gentle guy really” and that there was “no pressure to do anything else until another time.”

He also sent four pornographic images of men to the undercover officer.

They set up a meeting time for last Friday, and Reddin was arrested when he showed up.

Reddin was a part-time pastor at the Turner Street Baptist Church in Fayetteville, Arkansas. According to his bio on the church’s website, he has been married to a woman for 46 years and has four children, seven grandchildren, and three great-grandchildren.

While he attended several regional Bible colleges, he wrote in his profile that his real education came from learning Bible stories when he was a kid.

“When people ask where I received my theological education, I usually reply, ‘At home when I was a boy growing up,'” his church profile says. “While other kids were learning nursery rhymes and fairy tales, my parents were teaching me the great stories of the Bible. My theology is actually ‘kneeology’–truths about God that were learned at my mother’s knee.”

That’s very different from his bio on the website that led to his arrest (the site’s name has not been disclosed). He describes himself as a 62-year-old (he’s 67) white male who’s married.

According to court documents, the profile said: “I just wanna have fun… I like younger guys. But hell, at my age that’s just about everybody! Discreet, intelligent, witty, professional guy. Love to meet new friends. Especially naked ones.”

This isn’t the first time Reddin has had trouble with the law. In 2000, he was convicted on several federal charges of possession of child pornography.

He served 27 months in a federal facility and had to register as a sex offender for life.

Larry Lloyd, who knew Reddin through the Singing Men of Arkansas where he was a chaplain, said that people knew about Reddin’s past. Reddin had shared his story during prison ministries.

Reddin is listed as a faculty member by Ecclesia College. In a statement, Ecclesia said, “It is our normal practice to run background checks on all potential employees and volunteers that work for the College. However, we did not discover Mr. Reddin’s record until the media contacted us on Monday night regarding his recent arrest. We are taking appropriate action to determine the facts. In the meantime, he is not scheduled to teach going forward.”

A federal magistrate ordered that Reddin be detained. An arraignment date has not yet been set.

Dr. Pepper came out as ‘queer’ in shocking new ad & the internet lost its mind