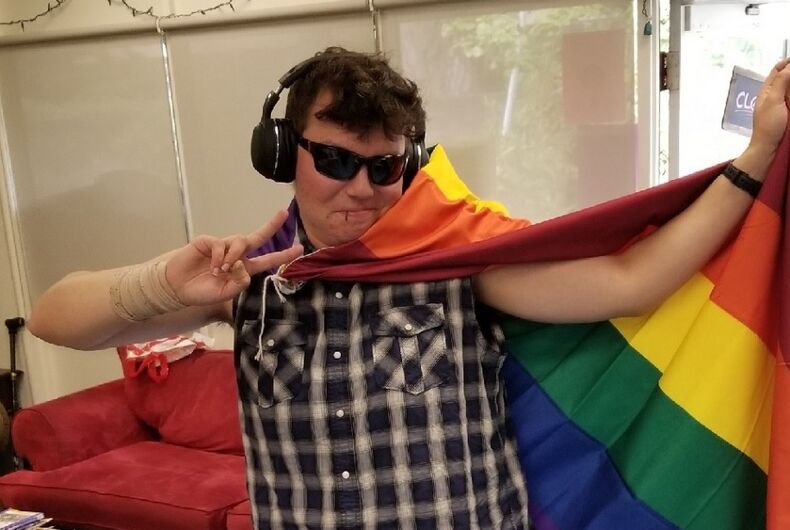 Friends of a gay transgender man who died earlier this month are raising funds for his funeral since his parents are refusing to pick up his body.

Daine Grey died on July 2 by suicide. He was 22-years-old and a student at the City College of San Francisco.

Several days later, the San Francisco Coroner contacted his parents. On July 16, ten days after his parents were contacted, they had still not responded to the coroner, according to a GoFundMe page set up by a lab aide a the college named Lady Katerina.

Now Grey’s friends are raising money for his funeral clothes, a casket, the service, and a plot, which they estimate will be around $16,000.

“We need help in providing Final Dignity Rites for Daine,” the GoFundMe says. “As you know funeral expenses are expensive especially when someone had nothing. Please help share the love and give Daine his Dignity.”

The college has promoted their fundraiser, saying that Grey was “active with the City College of San Francisco Queer Resource Center.”

It is with heavy hearts we share the news that a member of our student community, Daine Grey, took their own life early…

Posted by City College of San Francisco on Tuesday, July 17, 2018

The page has raised $13,618 so far. The goal is set at $17,000 to cover GoFundMe’s transaction fees. Katerina says that any excess funds raised will go to providing transportation for students to the funeral, which will be held at the Chapel of the Chimes in Oakland. Any leftover funds after that will go to the campus Queer Resource Center.

This past September, Grey came out in a Facebook post. “Hello guys, guess this is my big ‘public’ Coming Out moment.[…] So… I’m transgender,” he wrote.

“This means I identify as a gender different from the sex I was assigned at birth, for those who don’t know. I’m also gay so, that’s a thing.”

“Hope this doesn’t lose me too many friends and family,” he wrote at the end of the post.

This man claimed ‘gay panic’ in a 1985 murder. He was executed this morning.