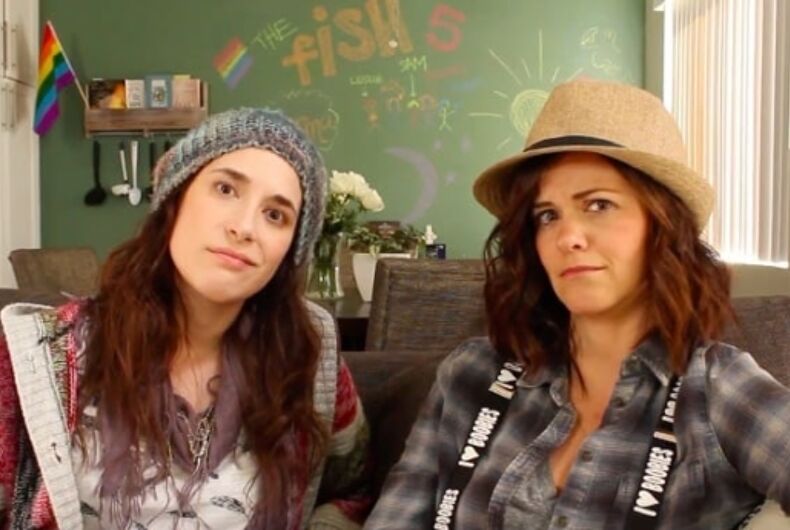 A new lesbian-led version of the hit Netflix show Queer Eye, may be coming up soon. Riffing off the show’s old pre-reboot title, Queer Eye for the Straight Guy, the show will be called Butch Pal For The Straight Gal.

Instead of the Fab Five, the show would feature the Fish Five.

“I was wondering why a female version of this show has never existed and what would that be like. I decided to give it a crack and write it,” comedian and actor Ally Johnson told Pink News.

“There are a lot of straight women who already spend a lot of money on clothes, makeup, haircut, things like that. Our job is to tone that all down a little bit. We want them to feel like an individual rather than fitting into a certain stereotype to feel love and feel pretty.”

Johnson and producer Rob Schow are currently raising funds to shoot a pilot episode in the hopes the show will get picked up. So far they’ve raised about 75% of the amount needed.

“We’ve seen two installments of Queer Eye For The Straight Guy in the last 15 years,” the crowdfunding page says. “How many lesbian equivalents have we seen?? EXACTLY.”