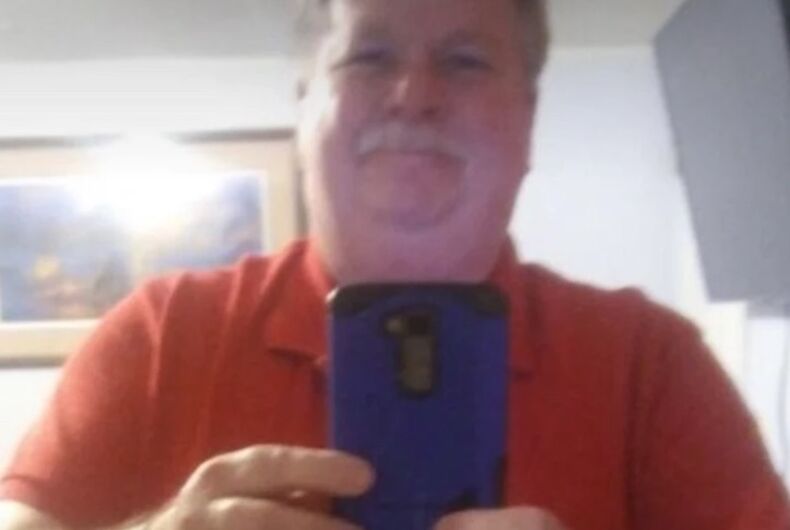 When Chris Bowman, a 61-year-old man from North Carolina, celebrated the 4th of July, he did it in a big way. He hosted a free BBQ at his home – and invited the local LGBTQ community to join him.

But best of all, he advertised it. On Grindr.

this is my energy pic.twitter.com/r147E0H1et

He even invited some people privately, like Matthew Setzer, a 23-year-old who lives in the same town. When a screenshot of Bowman’s sweet offer went viral, Setzer decided to reconsider the offer.

“You get a lot of spam and odd messages on Grindr, so initially I just glossed over it and didn’t think much of it,” Setzer told BuzzFeed News. “But everyone was really supportive on Twitter so I thought, hey, I got the message! I might as well go to this thing.”

He admits he was still a little worried and brought a friend with him for safety reasons.

“But really, the second we pulled into the driveway, we knew everything was going to be fine,” he said. “Everyone just had a positive demeanor.”

A big tent and plenty of new friends awaited in Bowman’s backyard along with a feast.

WE'RE AT THE COOKOUT pic.twitter.com/Le0gqTLb4e

“There was so much food there,” he said. “He had cooked an entire pig, an entire chicken. He had so much food. There were so many sides, there were vegan options, there was literally everything. It was insane.”

Also, Chase was there. He was probably the most popular guest.

So the hosts name was Chris! From the army, travelled the world, now in Apex. His dog's name is Chase pic.twitter.com/ueUl5yeWNF

“Everyone was super sweet, really engaging, and it was actually a really diverse group of people,” Setzer told Buzzfeed. “Like as the barbecue went on, there were multiple languages being spoken, and we had a great conversation with this one couple about the North Carolina Museum of Art, and the Met exhibits.”

He said the other guests were “just really tolerant, accepting, loving, very aware of the political climate, and quite an interesting group of people.”

They sound like people who would hang out with the internet’s newest best friend, Chris Bowman, don’t they? He’s a class act all the way.

Is the coverage of the Jim Jordan sexual assault scandal homophobic?