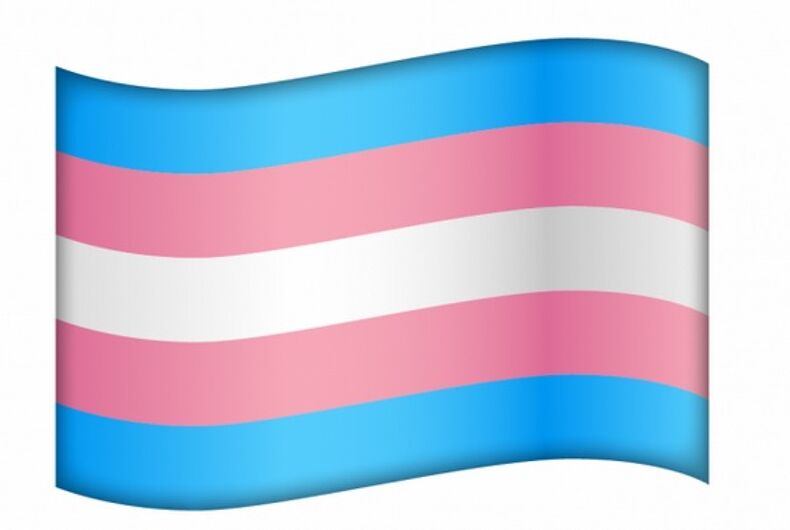 This past February, 157 new emoji were released by the Unicode Consortium, the organization that approves standardized digital symbols.

Missing from that list is a transgender flag emoji. But the lobster was added.

There are already emojis for every country’s flag and the rainbow flag, and a pirate flag was added as one of the 157 new emoji.

Author and activist Charlie Craggs asked on Nail It if the lobster is more important than transgender people.

“Unicode granted the Lobster emoji proposal, which argued that people suffered ‘frustration and confusion’ at having to use a shrimp or crab emoji in instead of a lobster,” she wrote on Nail It. “Imagine if that was your gender.”

“Surely we deserve the same rights [Unicode has] afforded crustaceans?”

Craggs noted that lobsters are gynandromorphs, animals where some individuals can have cells and body parts of both sexes.

“So we’re going to take it as our symbol, until we get the Trans emoji we deserve,” Craggs wrote.

She started a Change.org petition asking for a trans flag emoji. It has gotten 195 signatures so far.

The lobster was celebrated by Senator Angus King, an independent from Maine who caucuses with the Democrats, who tweeted: “Great news for Maine – we’re getting a lobster emoji!!!”

Great news for Maine – we're getting a lobster emoji!!! Thanks to @unicode for recognizing the impact of this critical crustacean, in Maine and across the country.

Last year, King wrote a long letter to the Unicode Consortium, explaining that the lobster is “of substantial cultural relevance.”

“Neither the existing crab nor shrimp emoji can be effectively used to represent a lobster, which has a distinctively different profile,” King wrote.