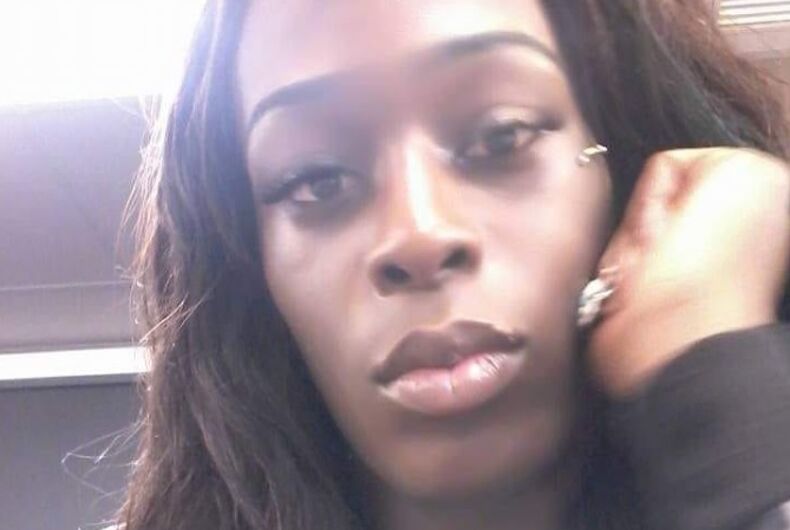 A transgender woman was found dead outside an apartment complex in Florida.

Sasha Garden, 27, was discovered at 5 a.m. Thursday morning near Buchanan Lake Apartments. Police said there were signs of trauma on the body, but they have not yet released a cause of death.

Deputies from the Orange County Sheriff’s Office canvassed the area, looking for clues and to identify the victim. They knocked on the door of Mulan Montrese Williams, whose home is a safe haven for transgender sex workers in the area. She hands out condoms and bottled water and helps with HIV testing.

Montrese Williams said this isn’t the first time she had to identify a sex worker’s body.

“You know, when something happens, we don’t call police,” she said. “We don’t want to be judged by the police. We don’t want to be misgendered by officers – they still tell us, ‘We have to call you by your government name, what’s on your ID.'”

And that’s just what happened to Garden. Several media reports misgendered her when the story first broke.

WFTV 9, an ABC affiliate, referred to her as a “Man dressed as a woman.”

Both web articles have since been updated.

WDBO News, at the time of writing, is still using Garden’s previous first name, even though the radio station correctly refers to her as a transgender woman.

And an Orlando Sentinel video segment about the murder does not use any pronouns when talking about Garden, but it uses her previous first name.

Montrese Williams said that the police are at fault when it comes to misgendering the victim.

The Orange County deputies “were very uneducated,” she said, referring to when they knocked on her door for help identifying Garden’s body.

“As soon as I opened the door, I get, ‘I hear a bunch of transvestites stay here.’ I had to let them know, I’m a transgender woman and I’m the only one that stays here,” she said.

Montrese Williams said that she corrected the deputies’ language and made sure to tell them that the victim’s name was “Sasha.”

“[The deputy] acted like he couldn’t even pronounce transgender,” she said.

Orlando Weekly reports that several people contacted WESH and WFTV to have them correct their articles, but they said that they wouldn’t.

WFTV said that they only report what the police tell them to report. WESH said that they took the complaints to the Orange County Sheriff’s Office and were told that Garden’s driver’s license says she is male.

A few hours later, the Sheriff’s Office issued an updated report that referred to Garden as a trans woman, and WESH and WFTV updated their stories.

Guidelines offered by the Associated Press, the Association of LGBTQ Journalists, and GLAAD all suggest that media outlets use the correct name and gender when reporting on transgender people. If a situation like this arises, journalists will normally incorporate the new verifiable information in their story without waiting for an obviously wrong source to correct themselves.

“The news of the passing of our beloved sister from the community, Sasha, is one of absolute heartbreak and tragedy,” said the organization Queer Latinx in a statemnet.

“We are equally heart broken by the flagrant disrespect and desecration of her memory by the media that has chosen to dishonor and misgender her in their reporting. We are calling for our media partners to be more reflective of their practices, issue an apology for their coverage, and commit to improving their efforts for authentically reporting the stories of our beloved transgender and gender non-conforming communities.”

And the local transgender community has expressed contempt for the misgendering of Sasha Garden.

Garden was originally from Milwaukee, Wisconsin, her friends said.

“She was traveling a lot, trying to find a new home and find herself,” said Montrese Williams, who knew Garden through a transgender organization.

“She was a very outgoing person, very outspoken,” she said. “Somewhat of a firecracker.”

Detectives want anyone who has information about Garden’s death to call the Orange County Sheriff’s Office at 407-254-7000.