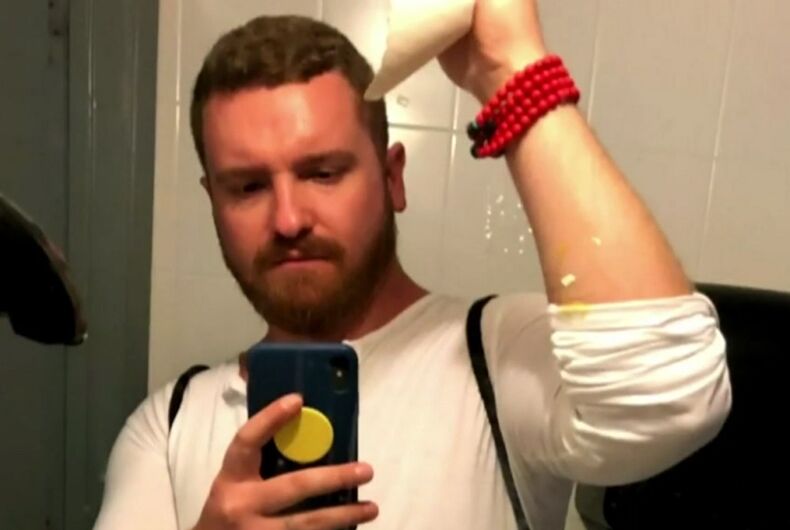 Three men who were standing outside a gay bar in Florida were attacked with eggs.

Brian Carter and two of his friends were on the sidewalk in front of the Gym Sports Bar in Wilton Manors, near Fort Lauderdale. He said that someone in a black BMW threw eggs at them and shouting anti-gay comments.

“I mostly just heard the yelling and was pelted right away,” he said. “It was a pretty heavy hit right here, but it splattered so much and it hit a couple other people.”

Yolks were still on the pavement when the local news showed up, and more were found down the street in front of a thrift shop called Out of the Closet, which donates its profits to the AIDS Healthcare Foundation.

“And then some idiot decides he’s going to drive by, throw an egg and yell a slur,” said Rick Schmutzler, who owns the Gym Sports Bar. “It’s cowardly. It’s stupid. It’s childish and it’s ridiculous.”

Police say they don’t have any leads and want anyone who knows more about the incident to call 954-493-TIPS.

The bar is offering a promotion on egg salad sandwiches today in response to the crime.